The Louisville Leopards Swim Teams fell to the visiting Marlington Dukes on Senior Night Friday at the Louisville YMCA. The Boys lost the Dukes 70-41 to drop to 2-7 on the year. The Girls fell to Marlington 88-77 to fall to 6-3.

UP NEXT: The Leopards will conclude the regular season on the road at Canton Central Catholic on Friday, January 24. Meet against the Crusaders is set to begin at 5:00 PM from Myers Lake YMCA. 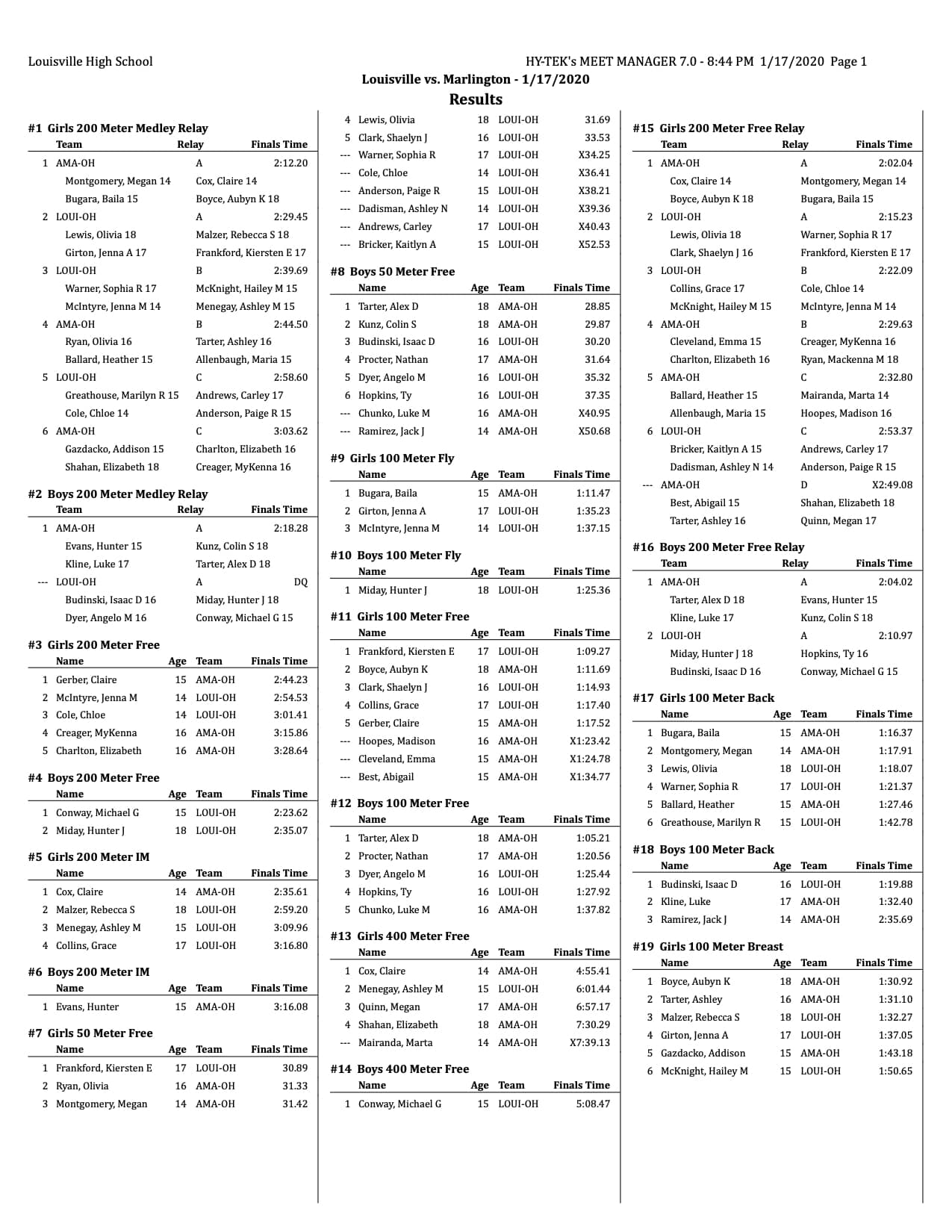 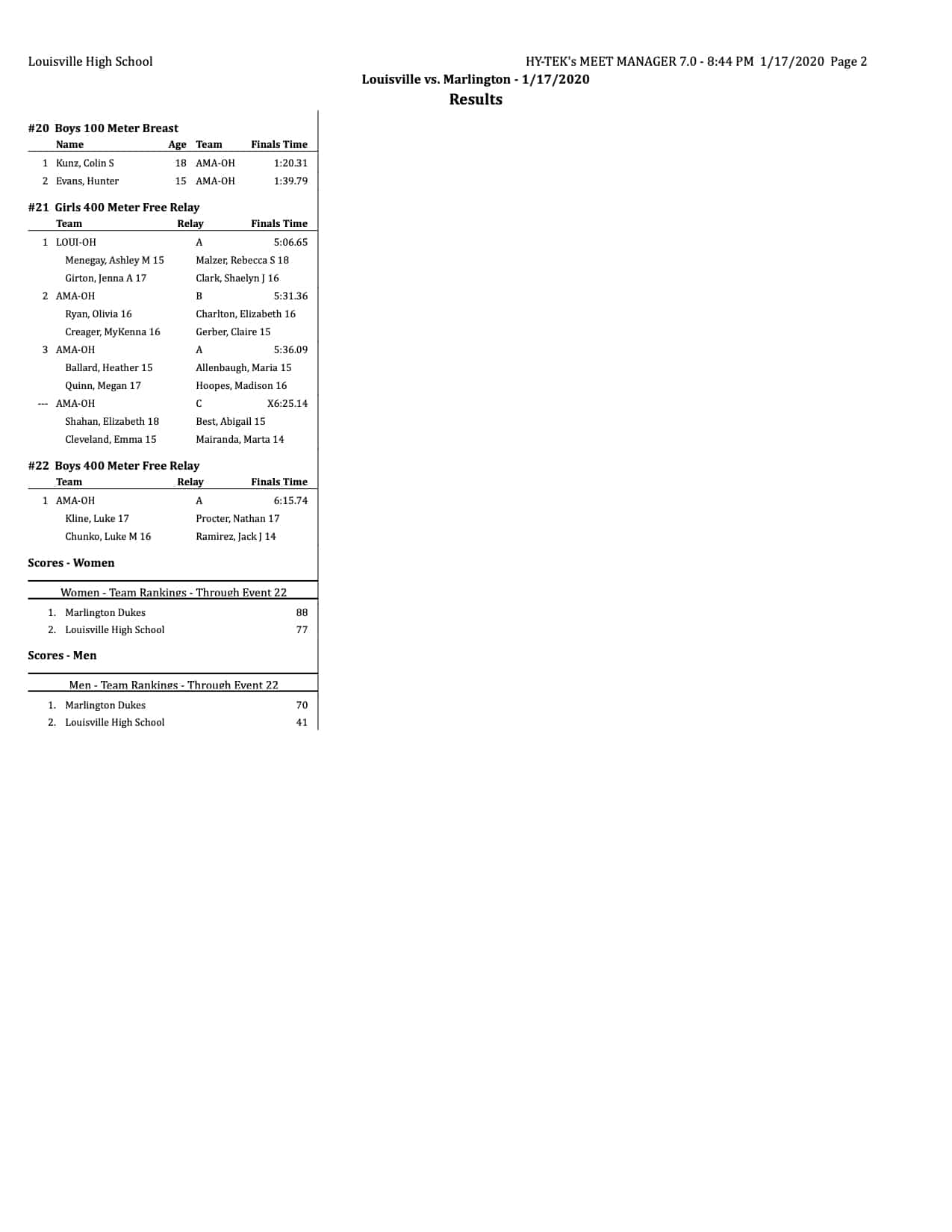