The Louisville Leopards Swim Teams hosted the Orrville Red Riders back on Saturday, January 16 at the Louisville YMCA.

The Louisville Boys notched their second straight victory with a 65-10 win over Orrville to even their record at 3-3 on the season.

The Lady Leopards also earned their first win of the season with a 103-58 victory over the Lady Red Riders. The LHS girls are now 1-5 on the year.

<<< Previous Vs. Marlington | Boys Swimming Schedule | Next Vs. Cloverleaf >>>

Louisville won 7 of the 8 events as Orrville only had one swimmer.

Louisville’s Isaac Budinski placed 1st in the 100 meter backstroke 11.15 seconds ahead of Orrville’s Sawyer Zimmerman. This was the only event that involved swimmers from both schools. Zimmerman raced alone to capture the other team points for the Red Riders in the 100 Meter Butterfly.

Both the 200 meter medley and 200 meter freestyle relay teams both captured first place points after swimming unopposed as well.

<<< Previous Vs. Marlington | Girls Swimming Schedule | Next Vs. Coverleaf >>>

The Red Riders won the first 5 events of the meet, but the Lady Leopards took first in the final 6 events including the final 2 relays to win their first meet of the year.

UP NEXT: The Leopards will next host the Cloverleaf Colts for Senior Night on Friday, January 29. Meet is slated to start at 5:00 PM. 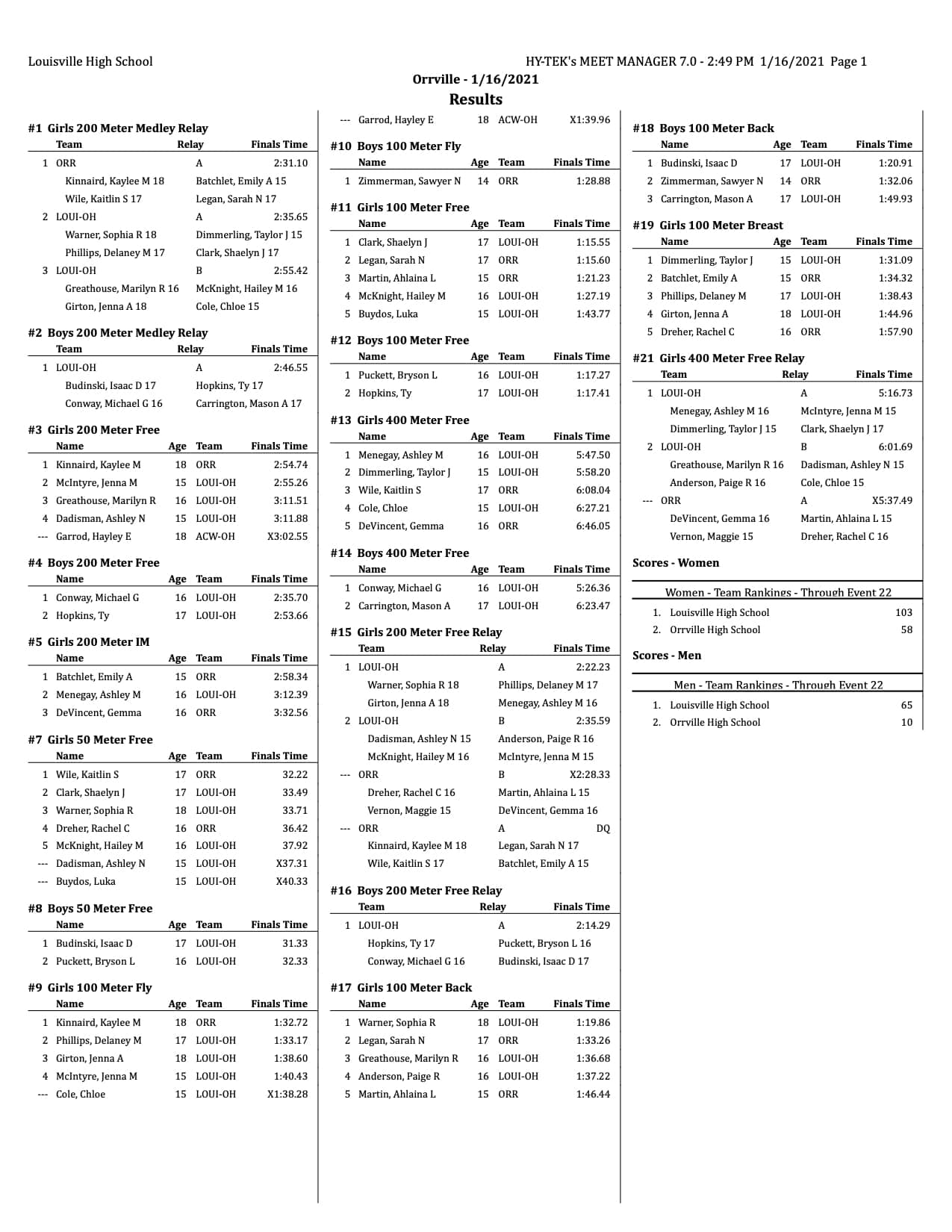