Jeff Twiddy has resigned as the Louisville Leopards Head Football Coach after just one season. Twiddy finished the 2019 campaign with a record of 5-5 in the Leopards second year of playing as an independent.

Louisville City Schools is announcing that Coach Jeff Twiddy has chosen to resign as the head varsity football coach.

Jeff served as head coach of the Leopards for one year, and we thank him for his commitment to the program and Louisville community during this time.

Being a head coach is demanding and Jeff has given a lot of time and energy to the football program this year. We wish him well in his future endeavors.

The school district will begin the search for a head coach immediately.

Twiddy is the first LHS head football coach to coach only one season since Mike Lecholop coached just one year in 1947. Lecholop coached the Louisville Blue Raiders to a 6-2-2 mark before departing and giving way to James Morgan in the 1948 season. Harry Strobel was the only other Louisville Football coach to take the helm for just one season in 1936 compiling a record of 3-5-1. 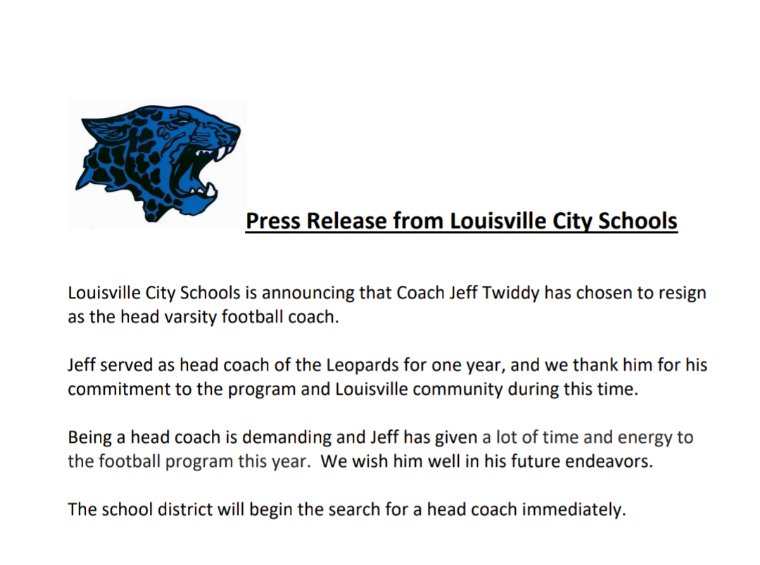