Beginning this year, the Louisville Speech and Debate program extended to start a middle school team specializing in Congressional Debate. The team’s main goal is to teach speaking skills and confidence to our young members as well as to hopefully prepare them for a future high school debate career!

The newly formed team started the season with 27 on the roster, working closely with the high school students to hone their skills. The students competed at their first ever tournament at Carrollton on October 19th, with exciting promise from Joseph Duncan who placed 2nd, Dylan Baulough who placed 5th and Dominic Capo who came in pulling 6th!

With a little more experience under their belt, the next tournament was on November 11th where the team competed at Revere High School. Overall, everyone really improved on their skills and it showed in the results. Earning 4th place was Dylan Balough, in 5th was Joseph Duncan, in 7th place was Taylor Davis, in 8th Anya Willett and finally in 10th place Isaiah Gray.

On November 23rd, the team made the long haul with the high school team to Mentor High School to test their ability in the Cleveland district. The team showed a great amount of success with Joseph Duncan finishing 2nd, Isaiah Gray in 3rd, Dylan Balough in 4th, Chloe Millard in 5th, Leah Collins in 9th and rounding out the team Dominic Capo in 10th.

The team will next compete at Wadsworth on December 6th, we wish them the best of luck!

UP NEXT: The Leopards Middle School Team will next compete at Wadsworth on Friday, December 6. 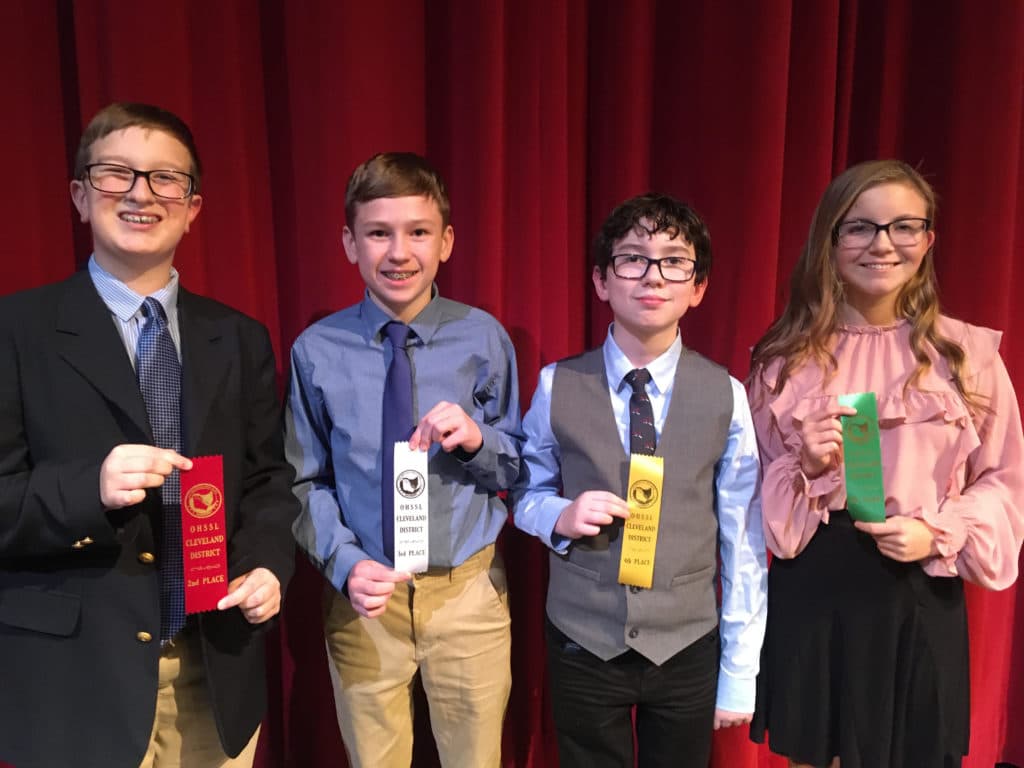