Lady Leopards Soccer has been voted the #9 seed and will travel to face the #8 Seed New Philadelphia Quakers in the DI Niles Sectional Semifinals on Monday, October 14 at 7:00 PM. This will be the first meeting between the two programs in their history.

New Philadelphia is currently 8-2-3 on the season with their only home loss a 3-1 defeat coming against the Field Falcons (5-7-3) on October 3. Field is the only regular season opponent that the Leopards and Quakers have in common. In comparison, the Lady Leopards shutout the Lady Falcons at home 4-0 on September 14.

New Philadelphia’s only other loss came on the road against the third seed undefeated Marietta Tigers (14-0-0) in a 4-0 shutout back on September 10. The Quakers also tied rival Dover (9-4-2), John Glenn (10-4-1), and Zanesville (3-10-1) all by the count of 1-1. Louisville faced Dover in the preseason during the Jackson Summer Sizzler way back on August 12. The Tornadoes won the one half session 2-1.

The Quakers have only defeated two teams with a winning record. Those notable victories include a 1-0 win over Warsaw River View (10-5-0) on September 5 and a dominate 12-0 shutout against Steubenville (8-6-1) on September 28. Both wins came at home in New Philadelphia.

The winner of the Louisville Leopards at New Philadelphia Quakers Sectional Semifinal game gets to travel to Jackson Township to play the top seeded Jackson Polar Bears. The Polar Bears are 10-2-2 on the season with a 5-0 record in the Federal League.

All of the common opponents between Louisville and Jackson reside in the Federal League. The Lady Bears shutout each of those four opponents outscoring them 14-0 in the process. The Lady Leopards lost to North Canton Hoover, Lake, and Green but tied GlenOak 1-1. Louisville also lost at Perry 1-0 on September 7 and Jackson will look to finish undefeated in the Fed when they play at Perry on October 9.

The Leopards and Polar Bears met earlier this year in the preseason at the Jackson Summer Sizzler. Jackson bested Louisville 6-0 in one half of play during that August 10 scrimmage. The two programs have never played each other in the regular season and have only met once in the postseason. The Leopards fell 5-1 at Jackson in the 2012 District Semifinals in that lone meeting.

The Lady Bears have won District Titles in each of the past eight seasons. 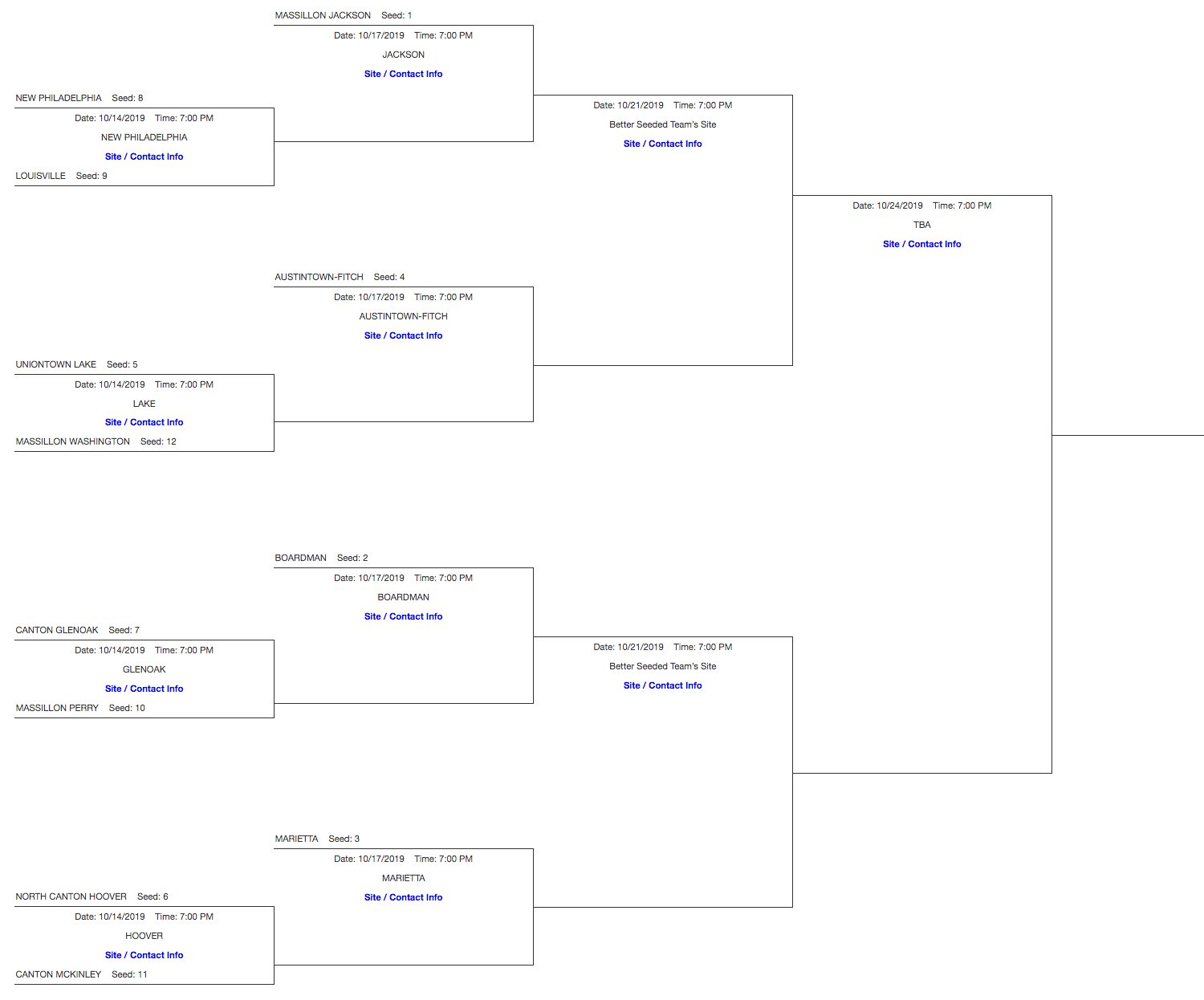 (Played on a Neutral Site with Turf Field)