The Louisville Boys fell to Cloverleaf 89-31 to drop to 3-4 on the season. The Lady Leopards earned their second straight victory with a 111-52 win over the visiting Lady Colts to improve to 2-4 on the year.

The Colts won 10 of the 11 events overall including all three relay races in their 89-31 win over the Leopards.

Sophomore Michael Conway earned the only first place finish for Louisville in the 400 meter freestyle race. Conway finished in 5:20.39, just 1.79 seconds ahead of Cloverleaf’s Cooper Hartsel who placed second.

Senior Isaac Budinski also placed second in the 50 meter freestyle in 30.03 seconds. He finished less than a second behind the Colts’ Josh Leatherman.

Louisville honored their seniors Isaac Budinski and Mason Carrington prior to the meet.

Louisville won 7 of the 11 events including 2 relays en route to their 111-52 victory over visiting Cloverleaf. 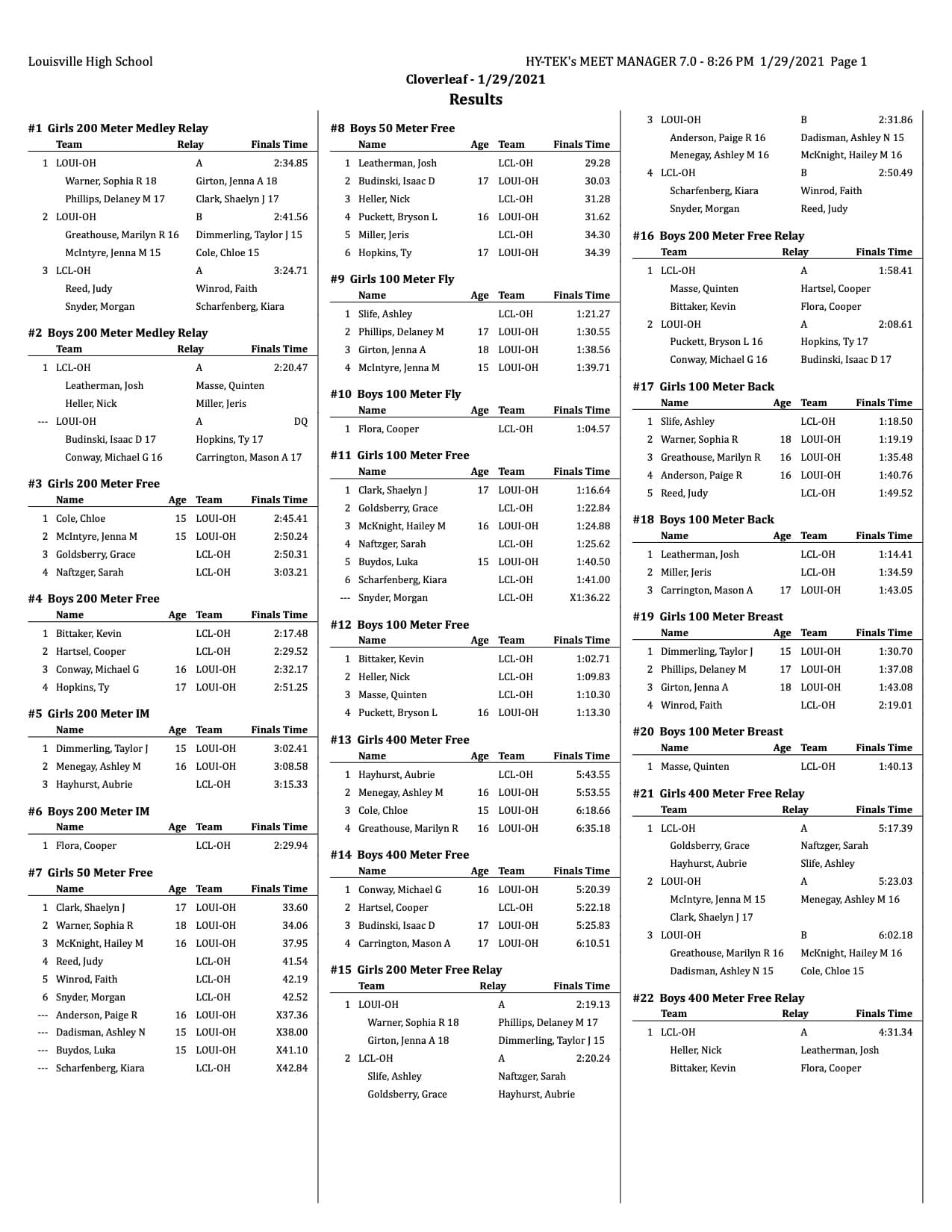