The Louisville Leopards Swim Teams hosted the St. Vincent-St. Mary Fighting Irish and the Our Lady of the Elms Panthers in their final meet of the regular season Saturday at the Louisville YMCA. LHS won all three team matchups during the meet.

The Leopards won 5 of the 7 events at Saturday’s Meet including both relays.

Brendan Tomaszewski was the only victor for St. Vincent-St. Mary. He won the 50 meter freestyle and then claimed the 100 meter backstroke unopposed.

The Lady Leopards captured 9 of the 11 events, which included taking first place in all three relay races.

Three Lady Leopard swimmers who capture first place in one individual event also took second in another. They included Dimmerling in the 400 meter freestyle, Phillips in the 100 meter breaststroke, and Warner in the 50 meter freestyle.

Louisville opened the meet by capturing first and second place in the 200 meter medley relay. The first place team consisted of Chloe Cole, Dimmerling, McIntyre, and Menegay. The winning 200 meter free relay squad was made up of Girton, McIntyre, Phillips, and Warner.

The Lady Leopards also swam unopposed in the 400 meter free relay and thus took the top two spots in that relay as well. The combination of Clark, Cole, Dimmerling, and Menegay was victorious in that Louisville only matchup. 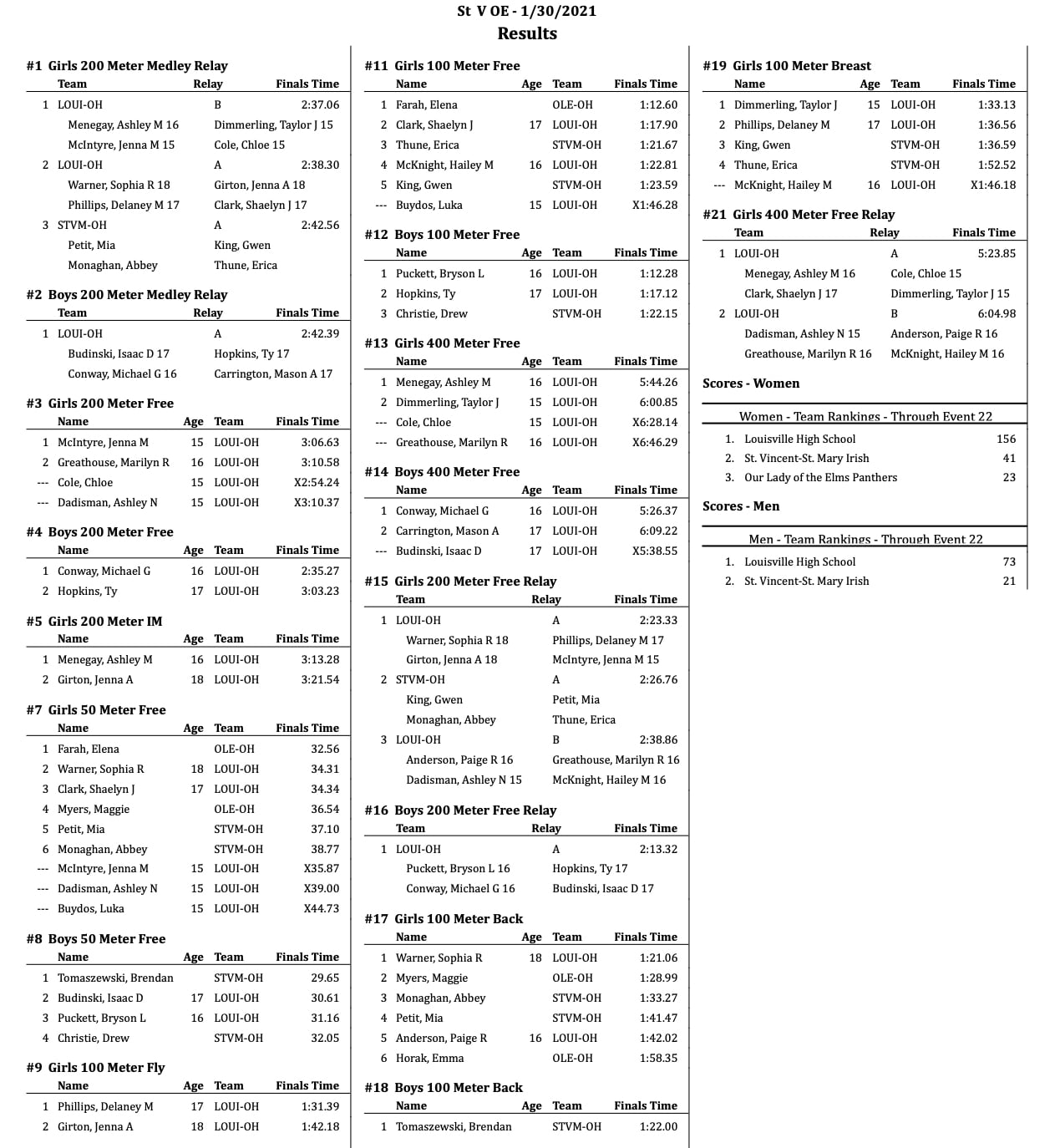