The Louisville Leopards Swim Teams fell to the visiting Dover Tornadoes this past Wednesday. The Louisville Boys fell to Dover 134-22 to fall to 0-3 on the year. The Lady Leopards also lost to the Lady Tornadoes 114-56 to drop to 1-2 on he season.

Dover used their depth to secure first place in all 11 events of the dual meet.

The Lady Tornadoes won 6 of 8 individual events and all three relays to take the meet.

All three Lady Leopard individual 1st and 2nd place finishers along with Rebecca Malzer were part of the 200 Meter Medley Relay team that also came in second place.

Dover was led by Grace Wallace who won the 200 IM and 400 Meter Freestyle individually. She was also part of the winning 200 Meter Medley and 200 Meter Freestyle relay teams. Holly Perkowski took first in the 100 Meter Butterfly and Sydney Selinsky captured first in the 100 Meter Breaststroke. Both Perkowski and Selinsky were also part of two winning Tornado relay teams.

UP NEXT: The Leopards will next travel to Orrville for a tri-meet against the host Red Riders at the Canton Central Catholic Crusaders on Wednesday, December 18. Meet is set to begin a 6:00 PM from the Orrville YMCA. 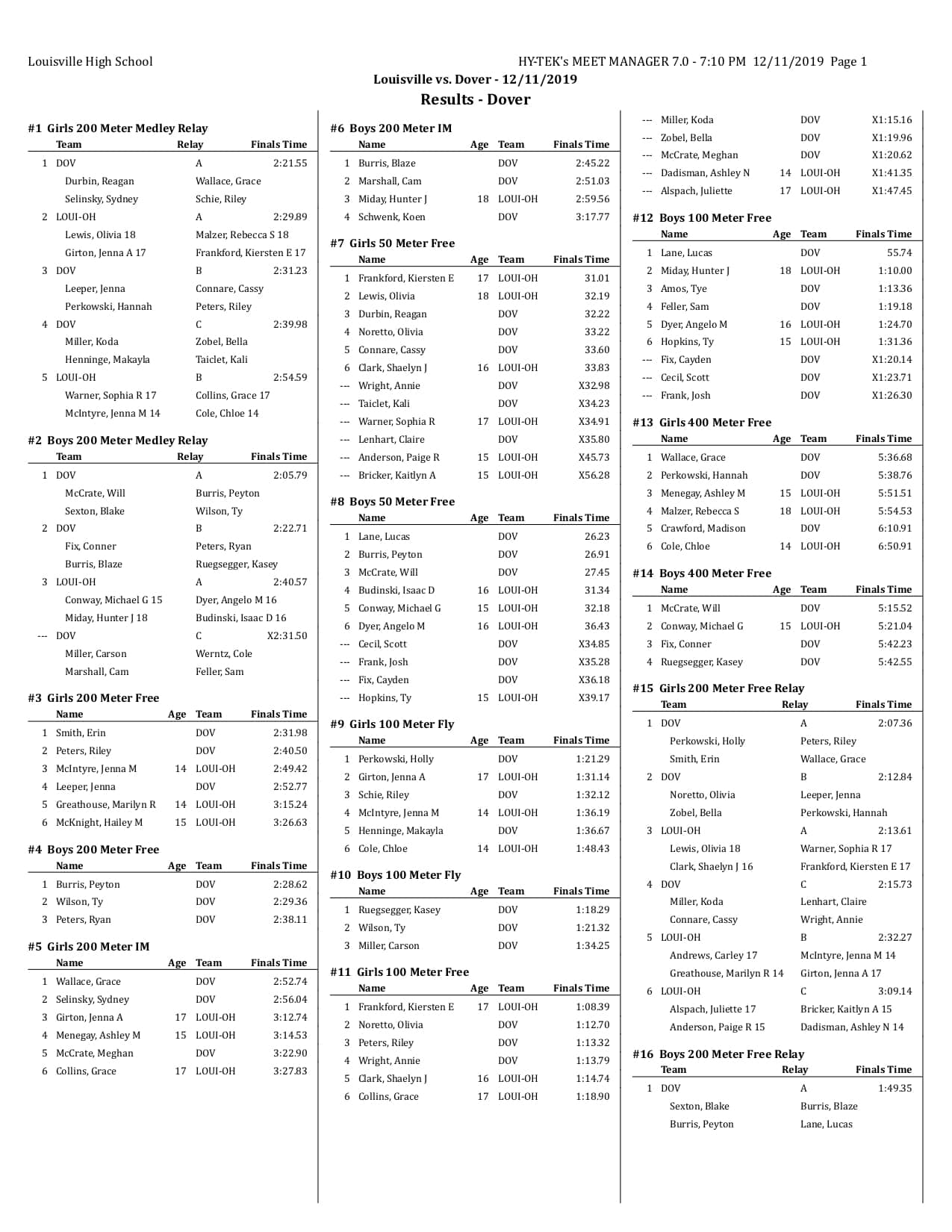 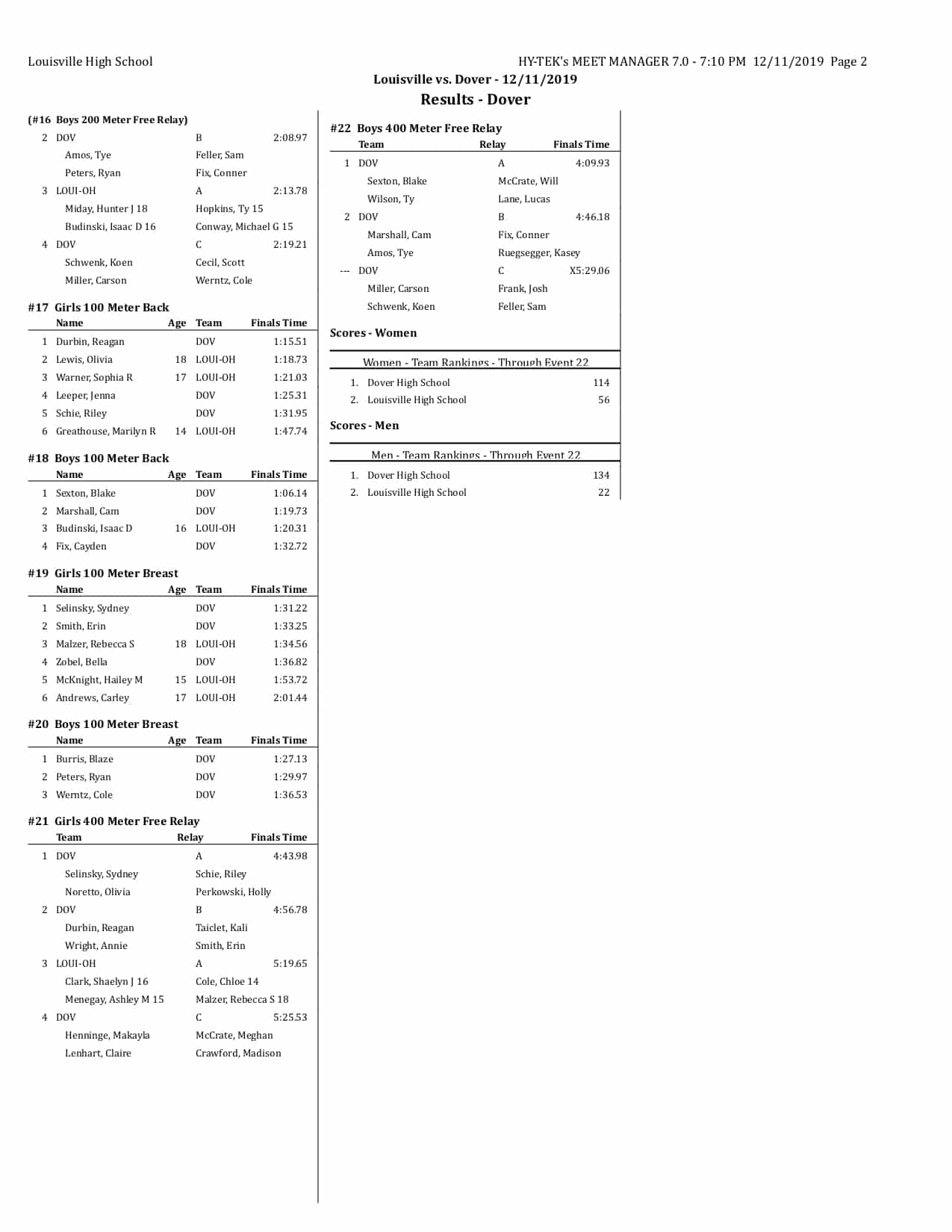