The Louisville Leopards Swim Teams hosted the CVCA Royals Wednesday Evening at the Louisville YMCA. The Royals spoiled the Leopards home opener by sweeping the meet.

<<< Previous At Dover | Boys Swimming Schedule | Next Vs. Marlington >>>

The Royals won 10 of the 11 events including all of the individual events.

The Royals have now defeated the Leopards in each of the past three seasons with each meet being held at the Louisville YMCA.

<<< Previous At Dover | Girls Swimming Schedule | Next Vs. Marlington >>>

CVCA won 8 of the 11 events, which included taking first place in all three relays.

This is the first time the Lady Leopards have lost to the Lady Royals in over a decade. Louisville had won the previous 7 meetings since 2010.

UP NEXT: The Leopards will next host the Marlington Dukes on Friday, December 18. Meet is set to begin at 5:00 PM from the Louisville YMCA. 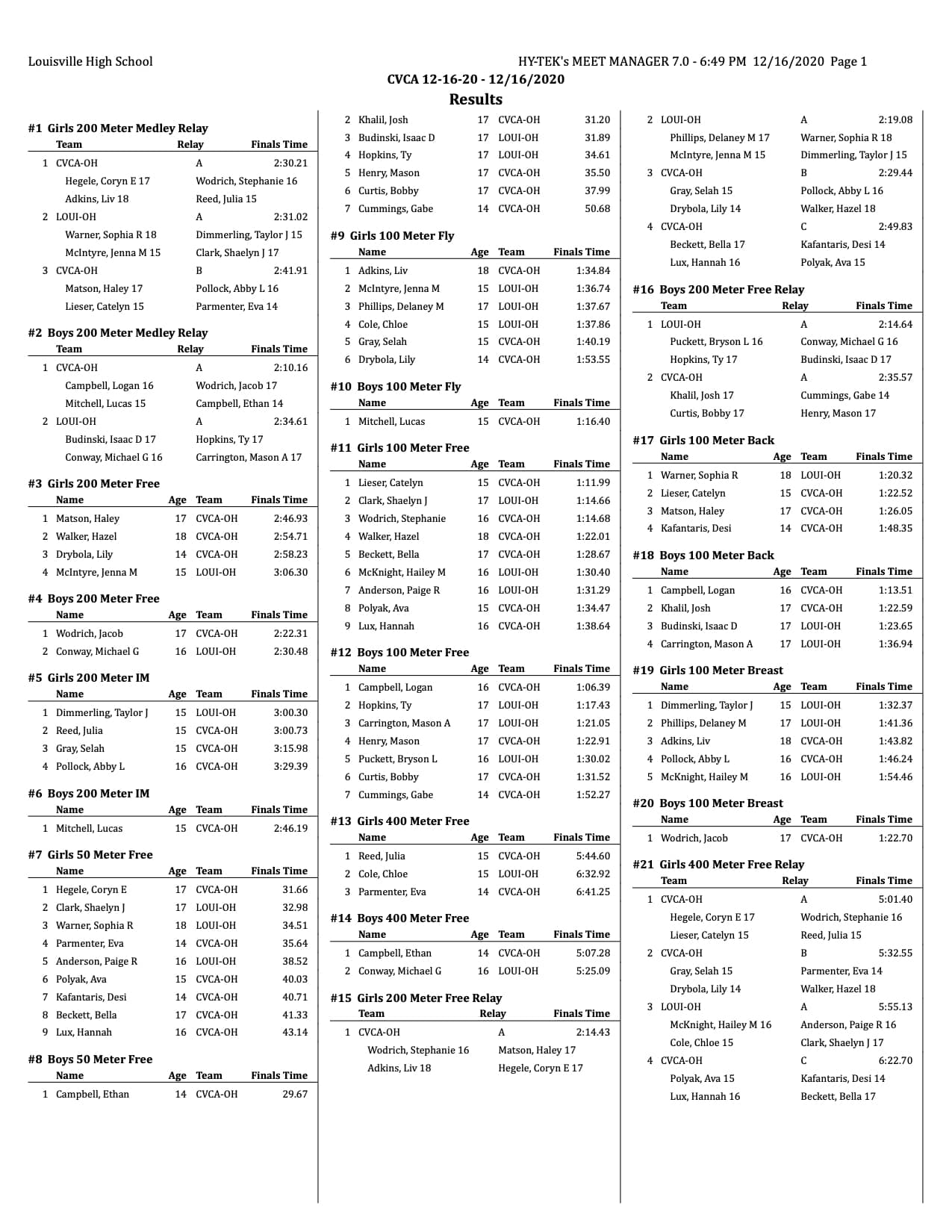 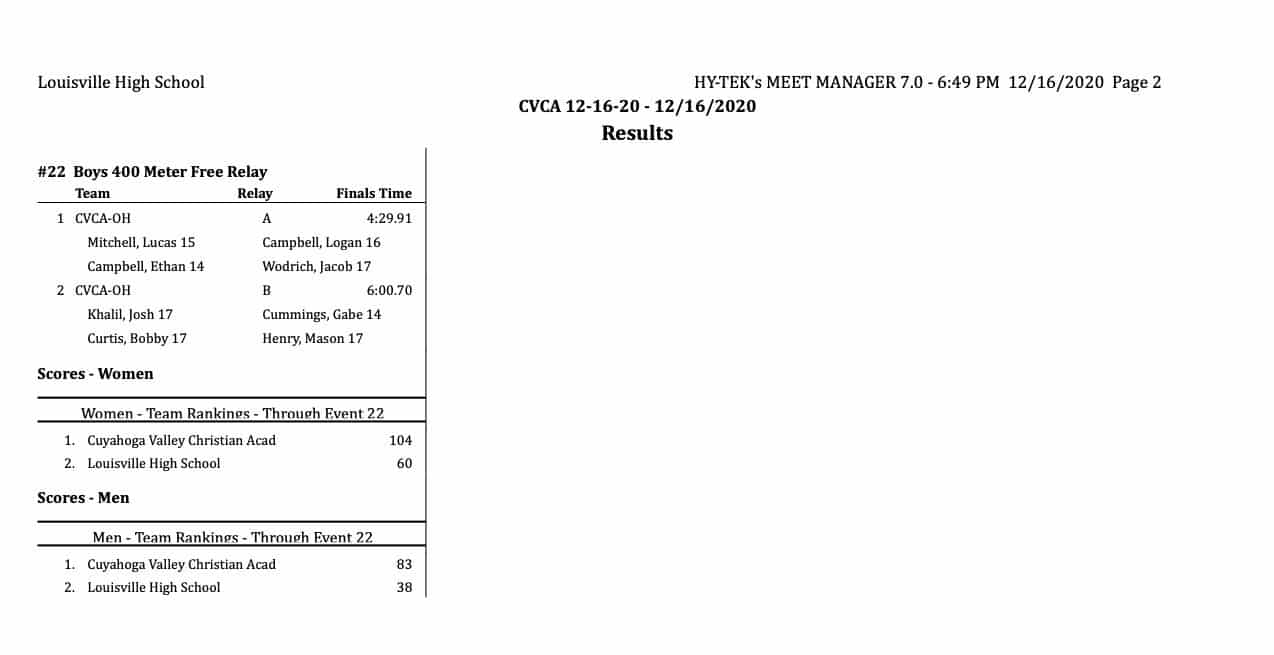