An Unhappy End to a Rollercoaster Season, Leps Fall to Northwest 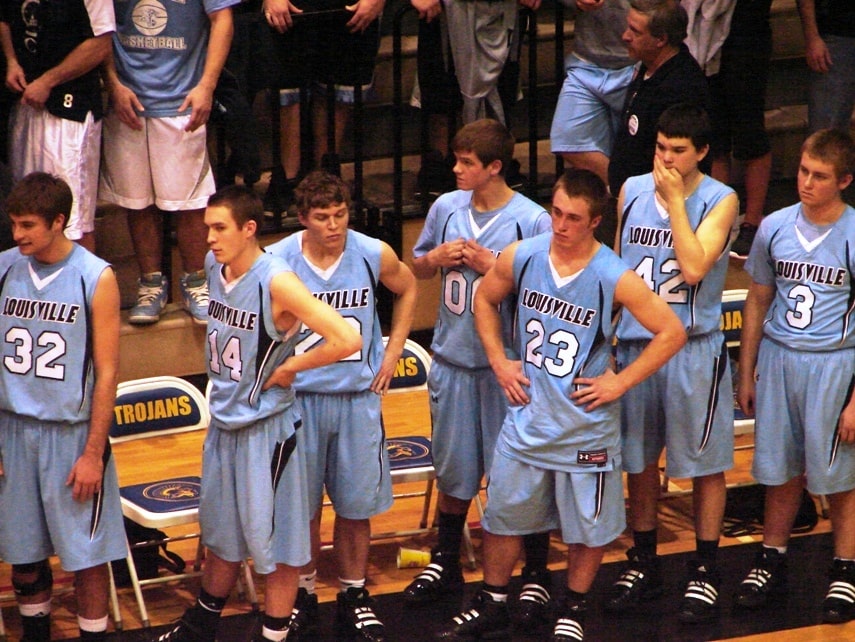 In a season of ups and downs it was only fitting that the final game of the year would be one full of a rollercoaster ride momentum swings and emotions.  From the players on the court to both teams student sections, both Louisville and Northwest high school’s poured their hearts into their sectional final matchup Saturday night at Canton Memorial Field House.  Northwest (13-7) clinched the victory in the final seconds 67-61, ending the Leopards (13-9) 2010-11 campaign.  Owen Gramoy led Louisville with 17 points, while Michael Schooley and Mitch Sluss each added 14 in the loss. The Northwest Indians and Louisville Leopards tipped for the final time as NBC Rivals last night.

After a first half where points came at a premium, Northwest held a slim 19-18 margin over Louisville.  In the third quarter, the two teams exploded with a juggernaut of offense.  The Indians outscored the Leopards in the period 24-22, as both teams eclipsed their entire point totals from the first half.  Northwest hit 5 three-pointers in the period, getting 3 from Carlos Lebron.  Lebron scored 11 of his 15 points in the third period alone.  Opposite of him, Sluss took over for the Leopards.  He also poured in 11 points in the quarter and hit two from downtown.  There was actually a 40 second period in the quarter where the two foes appeared to be trying to outdue the other.  Lebron hit threes on back-to-back possessions for Northwest, then Sluss returned the favor by hitting a three at the other end.  Lebron again hit a trey and Sluss once again followed.  The momentum went back and forth and so did the student sections, but the Indians ended up entering the final period with a 43-40 lead.

In the fourth quarter, Louisville put together a few small rallies, but could never quite catch up to the Indians who seemingly had every shot bounce in.  Finally Northwest, ripped the game open taking a 62-53 with just 1:18 remaining.  Had this been a video game. this would have been the part where you hit the quit button and it asks you “Are you sure you want to quit?” Well, the Leopards punched the “no” response to that question and roared back with an 8-2 run.  Gramoy hit a triple before Mike Kelly and  Schooley each added buckets to cut the deficit to 64-61.

After a foul by Louisville, the Indian’s Shane Hippli went to the line for the double bonus with just 13.5 seconds left in the game.  He clanked both attempts, and on the second miss Sluss jumped in the air and caught the ball for the rebound.  His momentum carried him backward and though Sluss and Hippli collided and contact was made, the referee called Sluss for a traveling violation, which returned possession to the Indians.  Tempers flared and Sluss was called for a technical foul.  Northwest made Louisville pay by hitting 3 of 4 free throws in the final seconds to seal the Leopards fate.

@_rachel_smith32 The lineup program given out was far from accurate (see below), but the official box score can be viewed here on Leopard Nation: louisvilleleopards.org/beaver-local-b… pic.twitter.com/kybkp8fVuA 19 hours ago