<<< Previous Vs. Salem | Baseball Schedule | Next Vs. University School >>>

Junior designated hitter Karson Siegfried hit a two-out, two-run home run over the left field fence to give the Leopards an early 2-0 cushion in the opening inning. The homer is Siegfried’s second of the season and the sixth for Louisville as a team.

The home run was actually made possible by a strikeout. Junior center fielder Charlie Roberts swung at strike three in his at-bat, but a passed ball allowed him to advance to first base. Roberts stole second and advanced to third on a ground out by senior left fielder Connor Adelman. If Roberts had been retired following his third strike, then Adelman’s ground out would have been the third out of the inning. Instead, Siegfried came to the plate and hit the first pitch he saw out of the ball park.

The Leopards continued to follow the same formula as their first two tournament games: put runs up on the board early and keep the lead with pitching/defense. Junior starting pitcher Connor Morley pitched a complete game shutout throwing all seven innings while giving up just two hits, three walks, and striking out seven. Morley improves to 4-2 on the season with the victory.

Despite only recording two hits, the Dukes had plenty of scoring opportunities throughout. Marlington put runners on first and second with one out in each of the first three innings. Morley got out of the jam each time. In the second inning, he hit the first two batters he faced on his first two pitches of the frame. That setup the Dukes with their best scoring chance of the evening. Morley responded with back-to-back strikeouts and got the next hitter to ground out to sophomore second baseman Andrew Corona to end the inning.

After a 1-2-3 third inning, Morley surrendered a one-out double to right fielder Tommy Skelding in the bottom of the fifth. However, the next Marlington batter flied out to Roberts in center and Morley fanned the following hitter to end the threat. Following Skelding’s double, Morley would retire eight of the final nine Duke batters he faced to end the contest.

Skelding would record the only hits for Marlington finishing 2-for-4 for the game. The Dukes would leave eight on base and the rest of the Marlington lineup would end the evening 0-for-22 against Morley.

The final play of the contest was more dramatic than it should have been. A pop fly to left-center field seemed to hang in the atmosphere forever as Roberts honed in on it in center. He then appeared to lose the ball in sky and Adelman came charging in from left field to make the grab for the final out of the game. The Leopard bench poured onto the field and celebrated with the Louisville fielders. A dog pile quickly formed at the base of the pitcher’s mound as the Leopards celebrated their first district title ever won on campus in the history of Louisville Athletics.

The district championship is the Leopards first since they defeated Alliance 6-4 in their 2009 district title game at Thurman Munson Memorial Stadium. This is the fourth known district title in Louisville Baseball’s program history. According to the LHS Mirror, the Louisville Blue Raiders won the Class A District Title in 1942. The 1988 Leopards also defeated North Canton Hoover 4-2 to win an AAA District Championship. That team would go on to advance to the Youngstown Regional Finals before falling to Brunswick 6-5. This year’s team will look to reach the regional finals for the first time in 34 years when they take on University School in the DII Canton Regional Semifinals next Thursday at Thurman Munson.

This is the fourth different district championship won by Louisville athletics during the 2021-22 athletic season. The Leopards also won district titles in Boys Cross Country, Boys Basketball, and Wrestling this season.

UP NEXT: The Louisville Baseball Team will next take on the #4 seed Twinsburg District Champion Hunting Valley University School Preppers in the DII Canton Regional Semifinals on Thursday, June 2. Game time is slated for 5:00 PM from Thurman Munson Memorial Stadium. 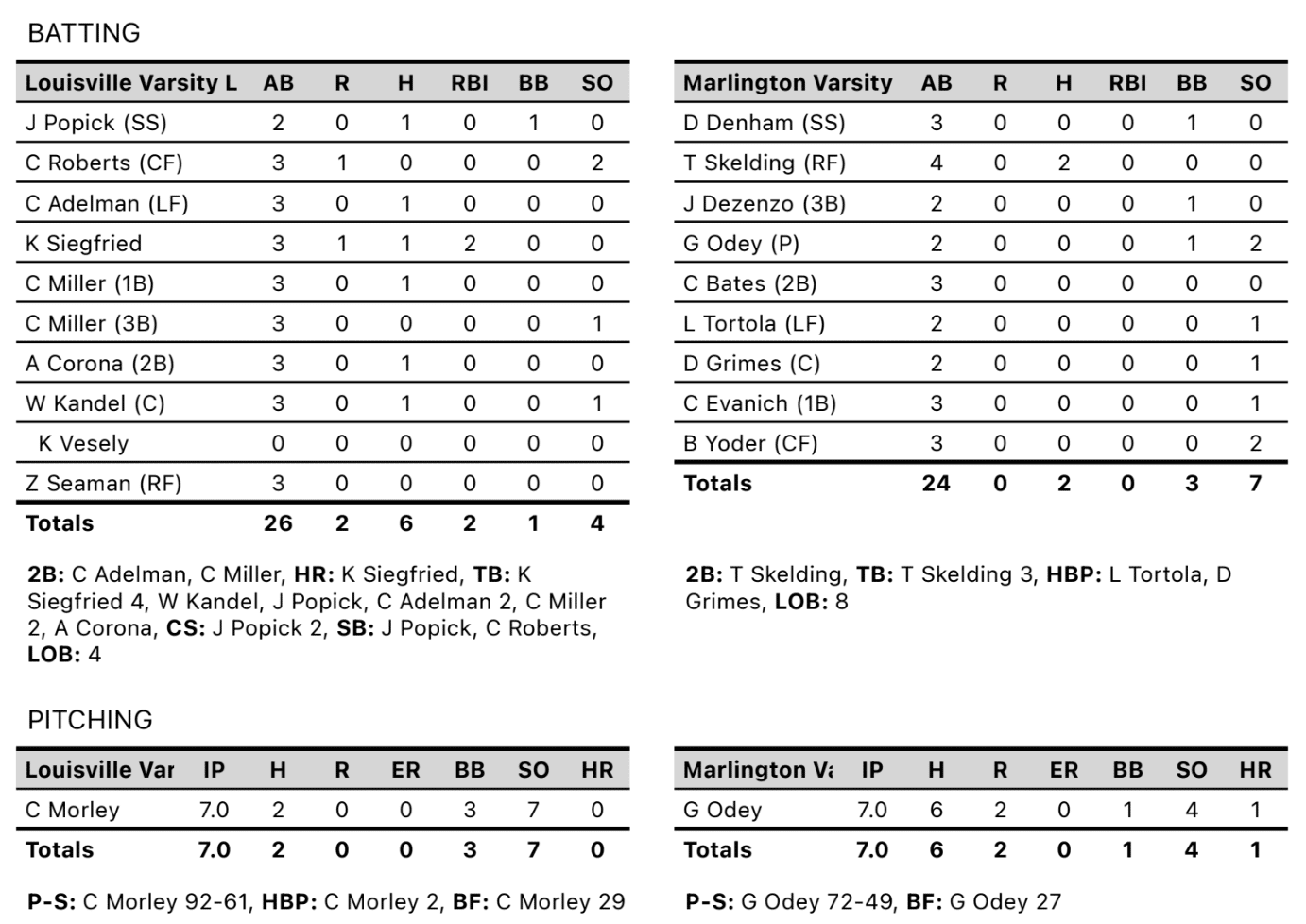