The Louisville Leopards have drawn the #2 Seed and a bye in the Division II Louisville District Tournament. The 16-6 Leopards will host the winner of #10 Akron Springfield at #7 Manchester at Andy Aljancic Field on Wednesday, May 15 at 5:00 PM in the DII Louisville Sectional Finals.

The Leopards will be facing an unfamiliar foe in their first playoff game on May 15. Louisville has never played the favored #7 seed Manchester Panthers in their history and has not faced off against the underdog #10 seed Akron Springfield Spartans since 2008. Manchester is currently 12-7 on the season with an 8-3 record in the PAC-7. Springfield, who is the lowest seed in the district, currently sits at 6-12 on the season with a 3-9 record in the Portage Trail Conference.

The only PAC-7 foe the Leopards have had in common with the Panthers is the Northwest Indians. Louisville won at Northwest 5-2 back on April 6, while Manchester split their conference series earlier in the week on April 2-3. Manchester fell at Northwest 3-2 in eight innings, but returned home to win a slugfest against the Indians 16-14 in a shortened five and a half inning affair.

The Leopards and the Panthers also share a common opponent in the Canton South Wildcats. Manchester won in extra innings at Canton South 5-4 on April 13, while Louisville split with the Wildcats on April 2-3. The Leopards shutout Canton South 10-0 for the first time since 2010 in a run-rule road win. They returned home the next day and fell to the Cats 3-1.

The Leopards have not squared off against the Spartans since their DII Sectional Final Game on May 16, 2008. Louisville won that matchup 10-1 to advance to Districts and the former NBC foes have not played since.

The Leopards main Varsity squad has only one PTC team on the schedule as they are slated to play at Woodridge on May 10. The Spartans were swept by the Bulldogs last week on April 29-30. Springfield lost at Woodridge 9-5 and fell at home to the Bulldogs 12-1 in five innings. Louisville Varsity Blue edged out a 7-6 road victory on April 6 over the Field Falcons, another Portage Trail Conference opponent. Springfield lost at Field 13-8 a few days later on April 11 and has not played them for their second league game yet.

The Norton Panthers are currently an undefeated 15-0 on the season and earned the top seed for the tournament. The Leopards defeated the Panthers 4-3 in 9 innings in last year’s thrilling DII Akron District Semifinal at Canal Park. Bryce Zuppe’s extra inning walk-off single lifted LHS to their first District Championship game since 2009.

Louisville fell to Tallmadge 1-0 in last year’s District Championship Game at Canal Park. The Blue Devils pushed across the only run of the game in the bottom of the sixth en rout to the victory. The defending Regional Champions drew the third seed for this year’s tournament and will likely rematch with the Leopards in the District Semifinals on Monday, May 20 unless an upset occurs. The Blue Devils will host the #6 Seed Northwest Indians (10-10) in the Sectional Finals on May 15 looking for a trip to the Dennis Biery Athletic Complex. Tallmadge is currently 12-9 on the year.

The Marlington Dukes were also voted the #4 seed and will host the #5 seed Field Falcons in the Sectional Finals. Both teams are 13-6 on the season and 0-4 against Louisville Varsity squads. The Leopards defeated the Dukes 9-6 in their last meeting on April 24. The winner would likely face top seeded Norton in the District Semifinals to be played at Louisville’s Andy Aljancic Field on Monday, May 13.

The District Championship Game will also be played at Louisville’s newly dedicated turf field on Wednesday, May 15. 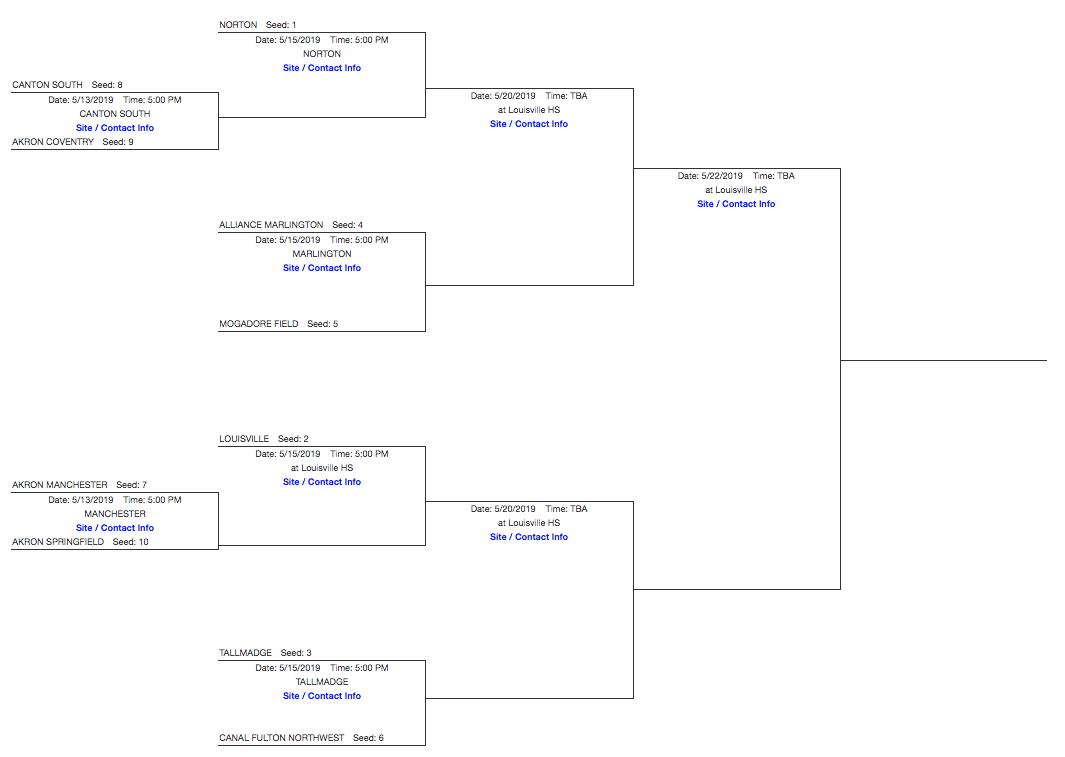 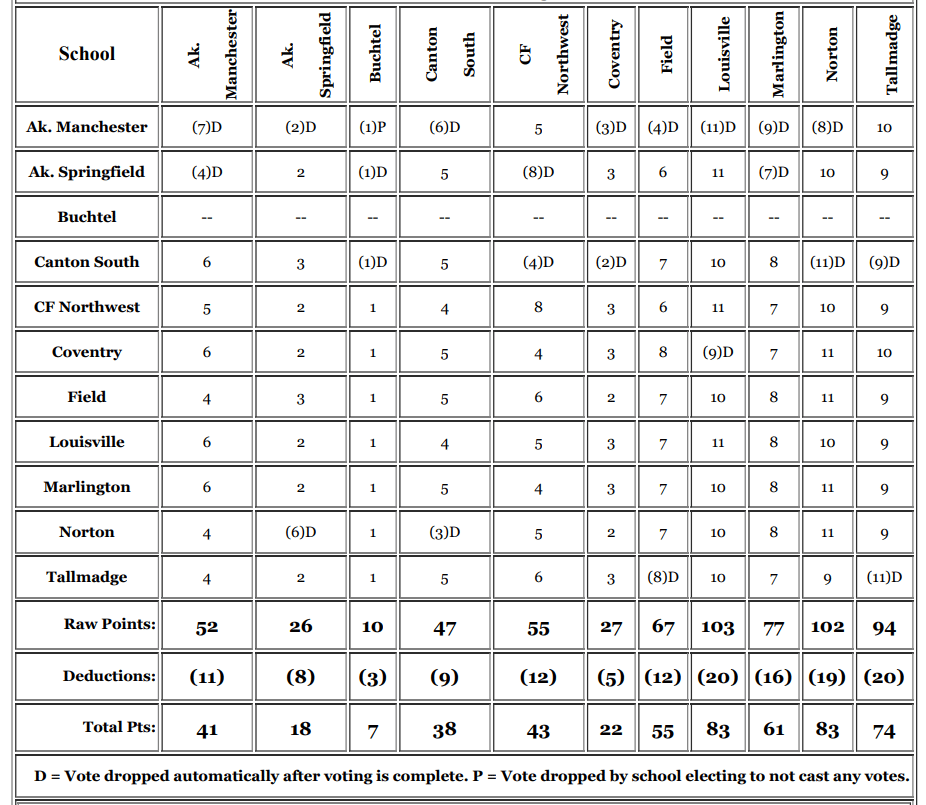 BEATTY'S SPORTS SCOREBOARD | GIRLS VARSITY BASKETBALL: Saint Joseph Academy 34 Louisville 29 2:43 left in 3rd Lady Leopards open up second half on 10-2 run to get within 3 before last Jaguars score! 18 hours ago