The Louisville Leopards Boys Varsity Basketball Team was voted the 2nd Seed for the DII Canton District Tournament and earned a Sectional Semifinal bye. They will play the winner of between the 7th Seed Tallmadge Blue Devils and 10th Seed Coventry Comets in the DII Canton Sectional Finals on Friday, March 1 at 7:00 PM.

The Blue Devils are currently 9-9 on the season with a 6-4 record in the Suburban League.  Louisville played Tallmadge earlier this season at the Mount Union Christmas Classic on December 22. Colton Jones scored 29 points as the Leopards beat the Blue Devils 67-59 on the neutral floor. If they meet again on March 1, Louisville will have home court advantage.

Coventry is currently 8-10 on the season and 7-6 in the Portage Trail Conference. The Comets and Leopards have faced two common opponents and both were Panthers. Coventry won at 6th Seed Norton 69-67 on January 11 and Louisville won at Norton 69-57 not long after on January 22. The Leopards earlier in the season fell at Perry 36-32 and the Comets fell while hosting Perry 65-52 recently on February 2.

Coventry will also host Norton on February 15 for a second matchup and conclude the season at 8th Seed Marlington on February 19. Louisville demolished the Dukes 60-36 at home back on January 2. As a result, Marlington was the only team other than the Leopards to vote Louisville as the #1 seed.

If Louisville wins their opening tournament game they will advance to the District Semifinals at Canton Memorial Fieldhouse on Thursday, March 7 at 7:30 PM. Their most likely opponent for that potential matchup would be the 3rd Seed Northwest Indians. Jones’ buzzer beating three-point game winner lifted the Leopards past the Indians 49-46 earlier this year on January 8. Northwest was ranked #11 in the State at the time. Previous to this year’s matchup, Louisville and Northwest last met on the same Canton Memorial Fieldhouse hardwood. The Indians won that Division II Sectional Final matchup 67-61 back on March 5, 2011.

The Indians will play the winner of 11th Seed Canton South at 6th Seed Norton.The Leopards won at Norton 69-57 back on January 22 in their most recent matchup. Louisville also defeated Norton 77-58 in last year’s DII Canton Sectional Final at LHS. Fresh out of the NBC, this is the first year Louisville has not had Canton South on their schedule since the 1934-35 season when the school was known as Canton Township. The Wildcats have owned the all-time series overall, but he Leopards have defeated them in their past 5 meetings and were 35-23 against them during their time in the Northeastern Buckeye Conference.

Akron Buchtel captured the tournament’s #1 overall seed bringing a 12-7 record into the tournament draw. 10 of the 13 teams voted for the Griffins to take the top spot. Louisville fell to Buchtel 53-51 in a heartbreaker in last year’s DII Canton District Semifinals. If chalk holds, the two teams would be poised to clash in a rematch in the District Title game on Saturday, March 9 at 4:00 PM at Canton Memorial Fieldhouse. 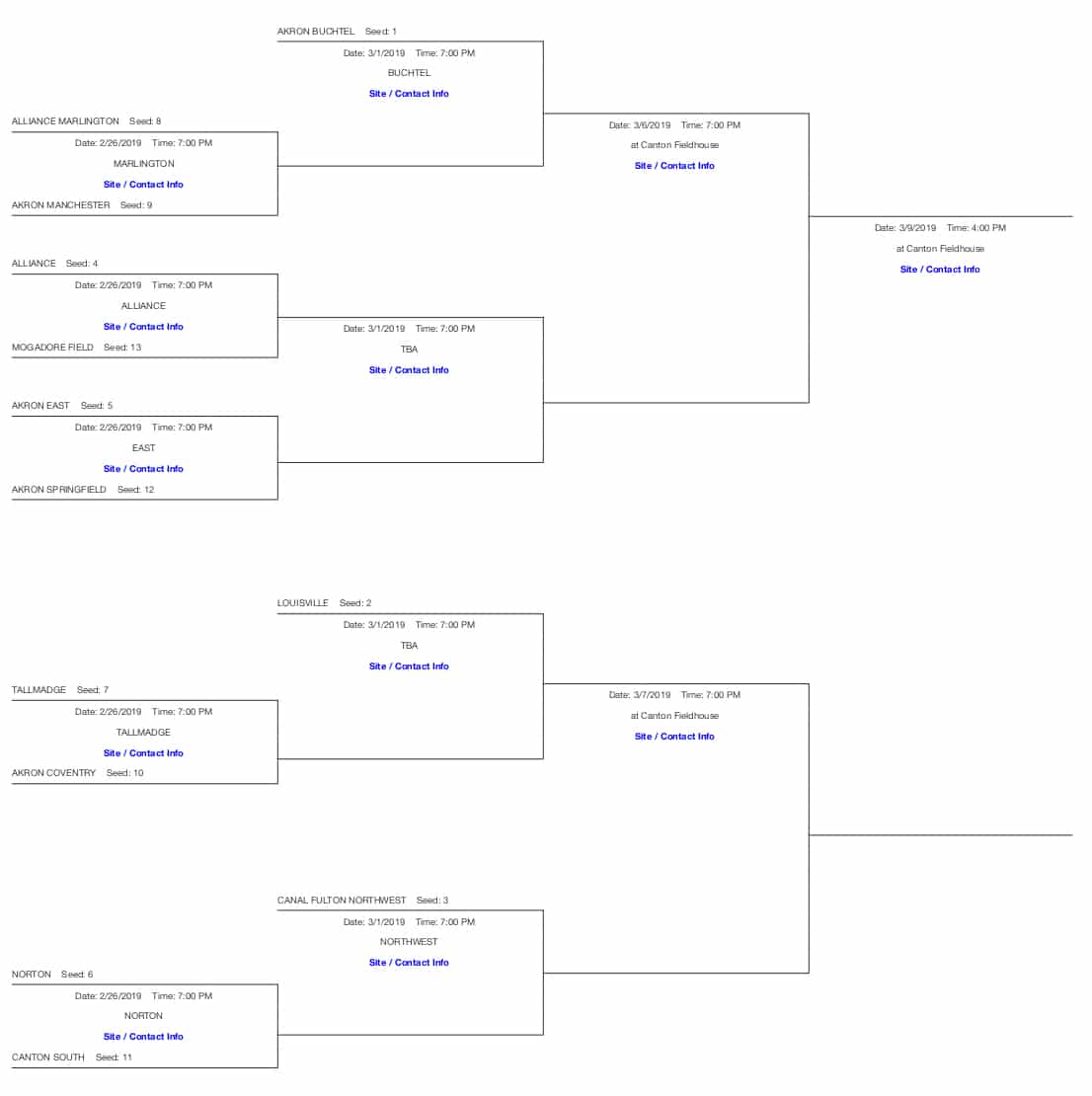 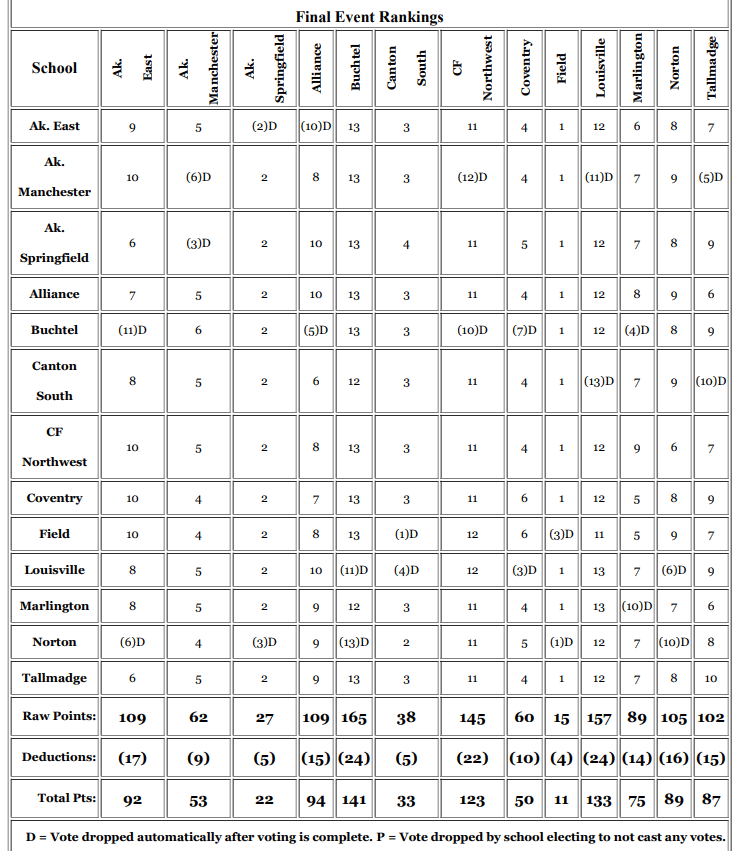