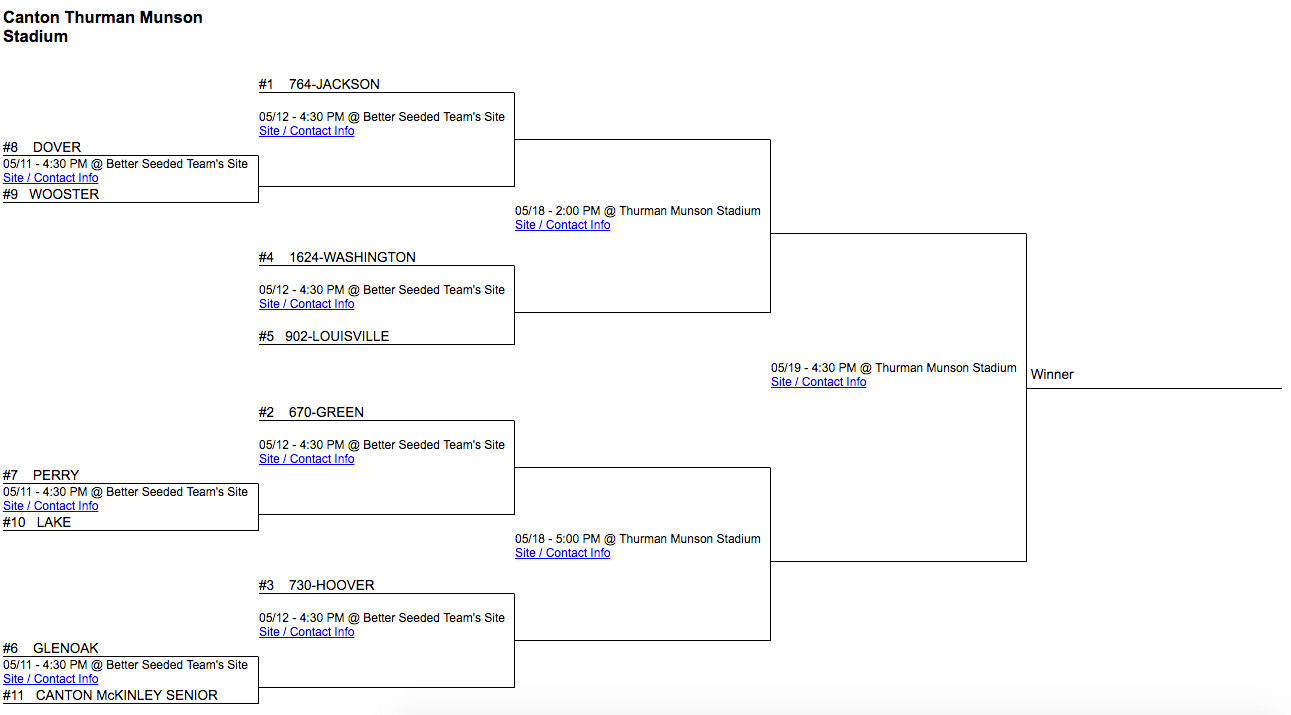 The Louisville Leopards Varsity Baseball Team drew the #5 Seed after the votes were tallied for the DI Canton District Baseball Tournament Draw. They will

travel to face the #4 Seed Massillon Tigers on Friday, May 12 at 4:30 PM in the DI Canton District Sectional Finals.

The tournament draw format has changed this year. While teams still submit their vote on the seed order, the seeding matchups are pre-determined. As a result, the top 5 teams in the tournament each earned a first-round bye. The disadvantage to this format is now both Massillon and Louisville have no choice but to play on the side of the bracket with the top seeded Jackson Polar Bears.

Earlier this season the Leopards and Tigers met in a regular season game at Louisville. Massillon prevailed 11-1 in a full 7-inning contest. The Tigers held a 3-1

edge through the first 5 innings before scoring 8 runs over the final two frames to rip the game open. Massillon holds a 13-7 record so far this season.

The Tigers and Leopards shared 7 common opponents on their schedule this year. Massillon holds a 7-4 record against those common foes, while Louisville is 7-1 against the same opposition. The only Leopards loss came against Canton South 6-5 back on April 20. The Tigers swept the Wildcats in a double header the weekend before. Massillon lost at Canton Central Catholic, was swept by Hoover, and split with Lake. Louisville defeated all three schools on the road. Both teams defeated Akron Ellet, Dover, and St. Thomas Aquinas.

The winner of this Sectional Final will play in the District Semifinals on Thursday, May 18 at 2:00 PM at Thurman Munson Memorial Stadium. The Leopards are seeking their first Sectional Crown since 2012. Massillon is looking to return to Districts after a year of absence in 2016. They shutout rival Canton McKinley 4-0 to win their Sectional in 2015 before falling 1-0 in 10 innings to Lake at Munson.

The state ranked Jackson Polar Bears will be the most likely opponent, unless Dover or Wooster pull a major upset in their Sectional Final. Louisville fell at Jackson 4-0 in the regular season last year and lost to the Bears in back-to-back Sectional Finals in 2014 and 2015 before that.