<<< Previous Vs. CVCA | Boys Swimming Schedule | Next At Cloverleaf Stampede >>>

The Leopards won 8 of the 11 events en rout to their first victory of the season.

Mason Carrington joined Budinski and Conway as a trio that was part of both winning relay teams. Ty Hopkins was the other member of the 200 meter medley relay team that won and Bryson Puckett helped round out the winning 200 meter freestyle relay team.

<<< Previous Vs. CVCA | Girls Swimming Schedule | Next At Cloverleaf Stampede >>>

Marlington captured first place in 10 of the 11 events, which included winning all of the individual events.

The Lady Leopards only first place finish came in the 400 meter free relay. Louisville finished with a time of 5:19.70 which gave them a convincing victory over the second place Dukes 400 relay team that clocked in at 5:55.53. The LHS team consisted of Chloe Cole, Shaelyn Clark, Ashley Menegay, and Taylor Dimmerling.

Three Lady Leopards also placed second in individual events. They included Dimmerling in the 200 meter IM, Jenna McIntyre in the 100 meter butterfly, and Menegay in the 400 meter freestyle.

Clark, Cole, and Paige Anderson all achieved personal best times for the season as well.

UP NEXT: The Leopards will next compete at the Cloverleaf Stampede on Wednesday, December 30. Meet is slated to begin at 10:00 AM from the Wooster YMCA. 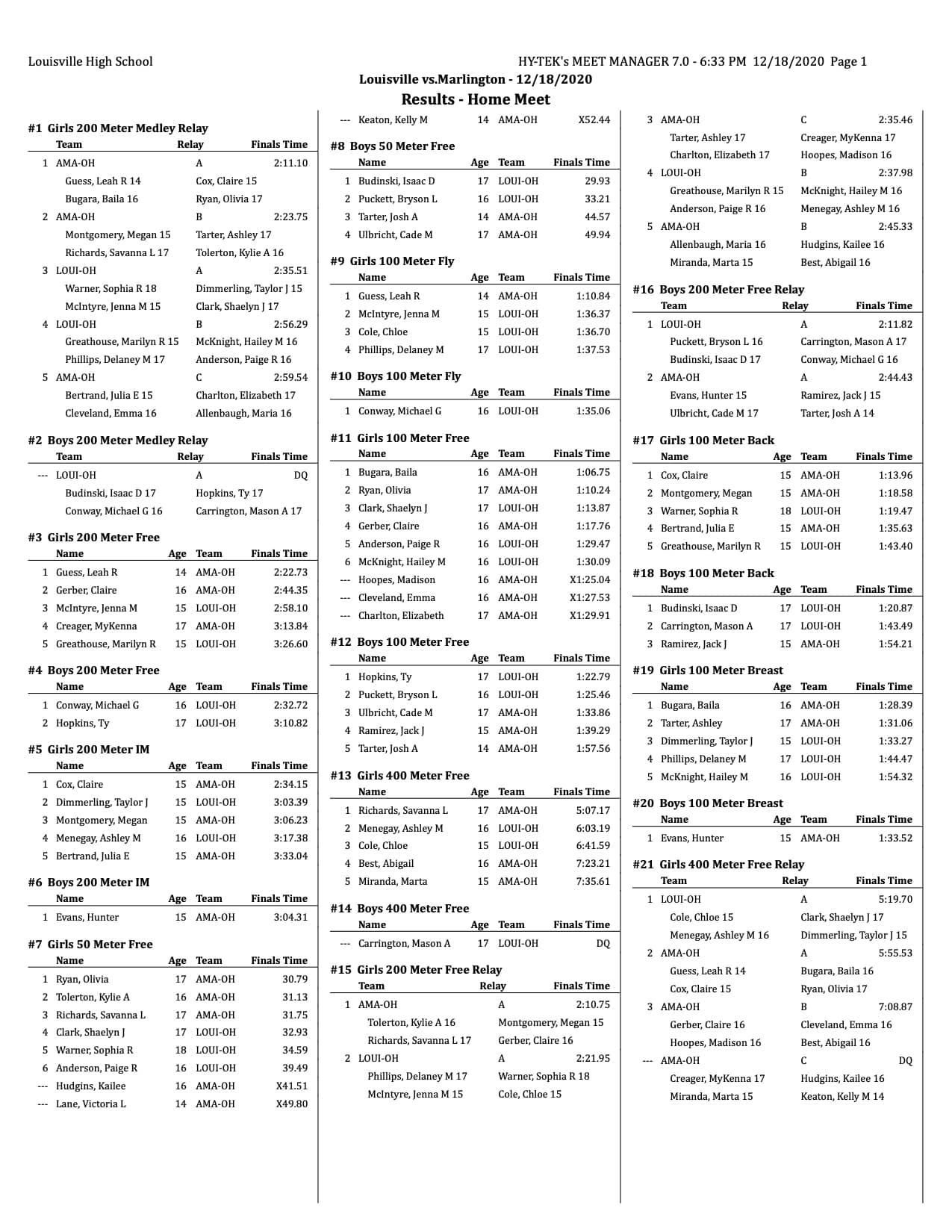