The Louisville Leopards SwimTeams hosted the Marlington Dukes back on Friday, January 15 at Louisville YMCA.

The Louisville Boys Swim Team defeated Marlington 63-21 to earn their second victory over the Dukes this season.The Leopards improved to 2-3 with the victory.

<<< Previous At New Philadelphia | Boys Swimming Schedule | Next Vs. Orrville >>>

The Leopards won 6 of 9 events overall including 2 of the 3 relay races.

Louisville has now won 4 out of their last 5 meetings with Marlington overall. The Leopards also downed the Dukes 54-38 earlier this season.

<<< Previous At New Philadelphia | Girls Swimming Schedule | Next Vs. Orrville >>>

The Lady Dukes have now won the last 3 matchups between the two schools. Marlington also defeated Louisville 112-57 earlier this season on December 18. 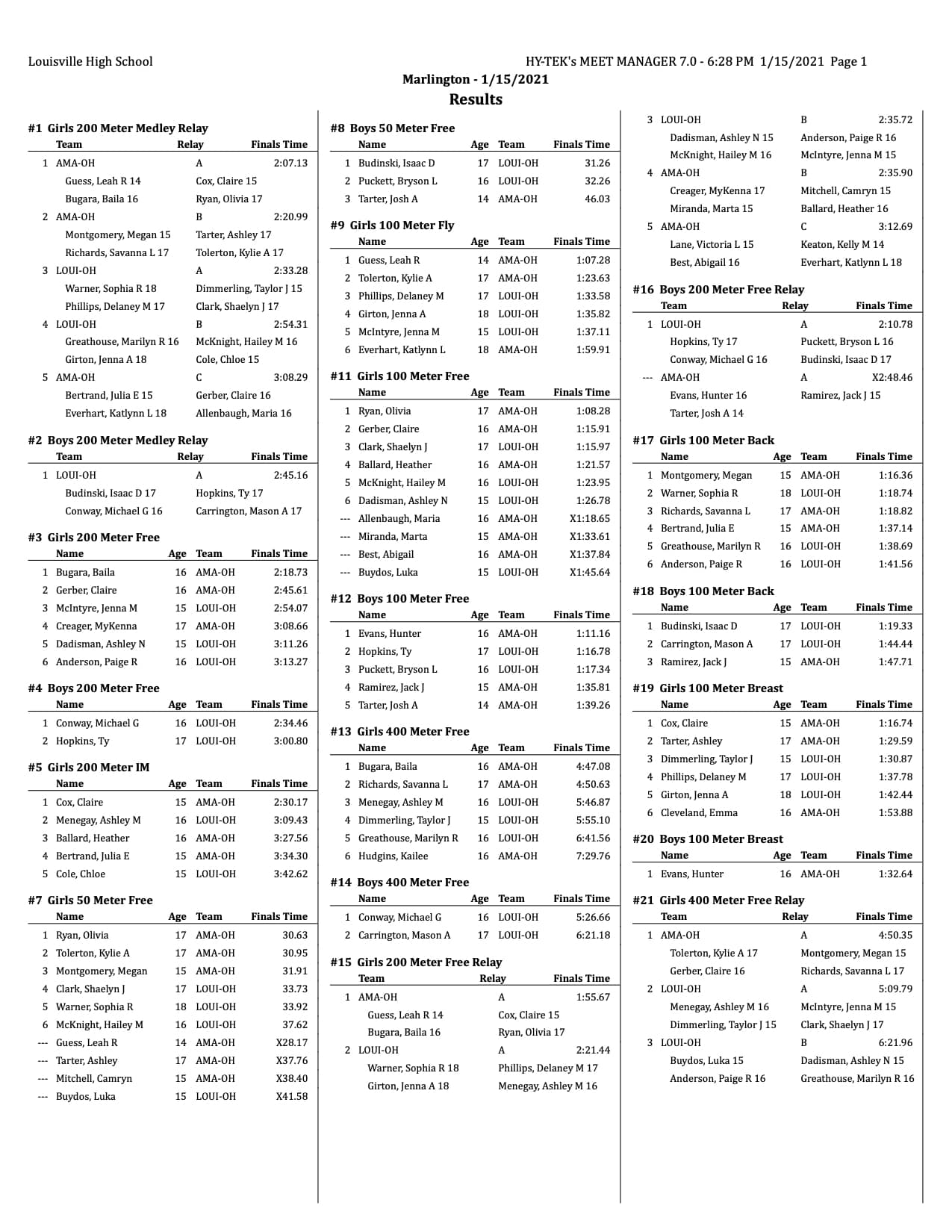 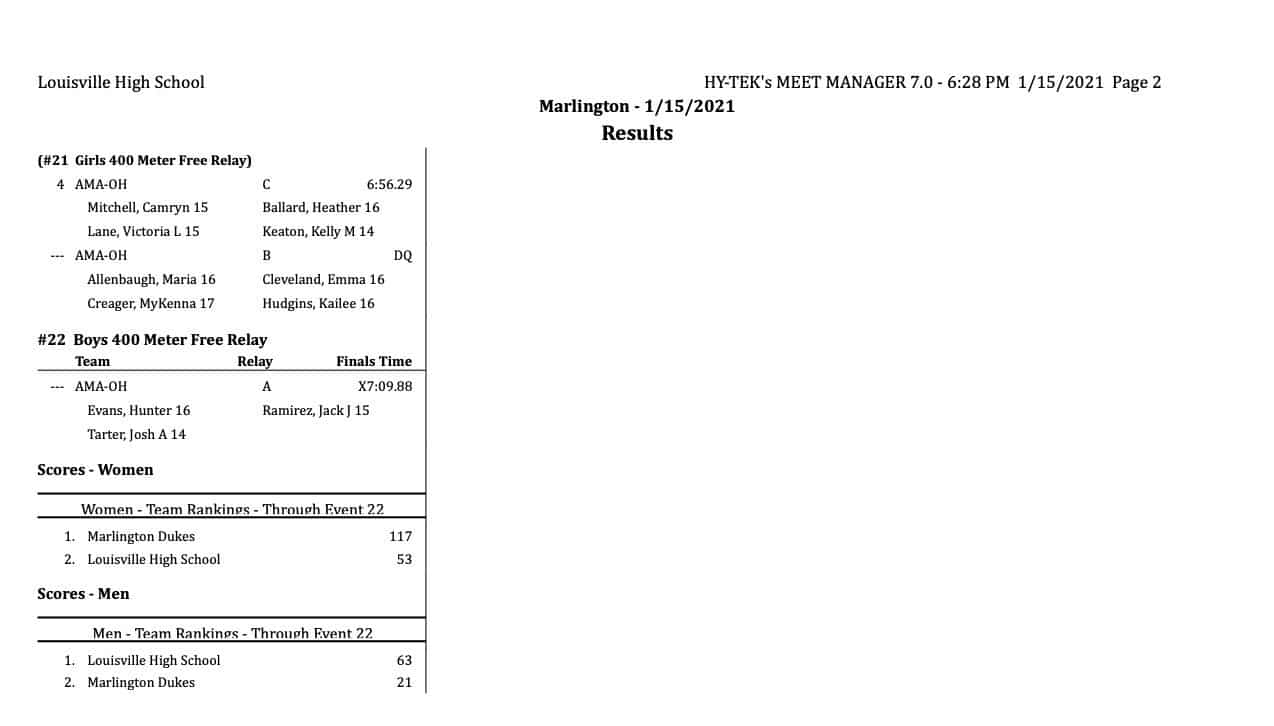