<<< Previous Vs. Marlington | Boys Swimming Schedule | Next At Canton McKinley >>>

The Quakers won all 11 events en rout to their 97-37 victory over the Leopards.

Mason Carrington and Bryce Puckett both swam personal best times for the season along with Budinski and Conway.

<<< Previous Vs. Marlington | Girls Swimming Schedule | Next At Canton McKinley >>>

The Lady Quakers took first place in 10 of the 11 events including all 3 relay races. New Philadelphia defeated visiting Louisville 112-57 as a result.

Three other Louisville swimmers earned second place in individual events. They included Shaelyn Clark in the 100 freestyle, Taylor Dimmerling in the 200 IM, and Sophia Warner in the 100 backstroke. 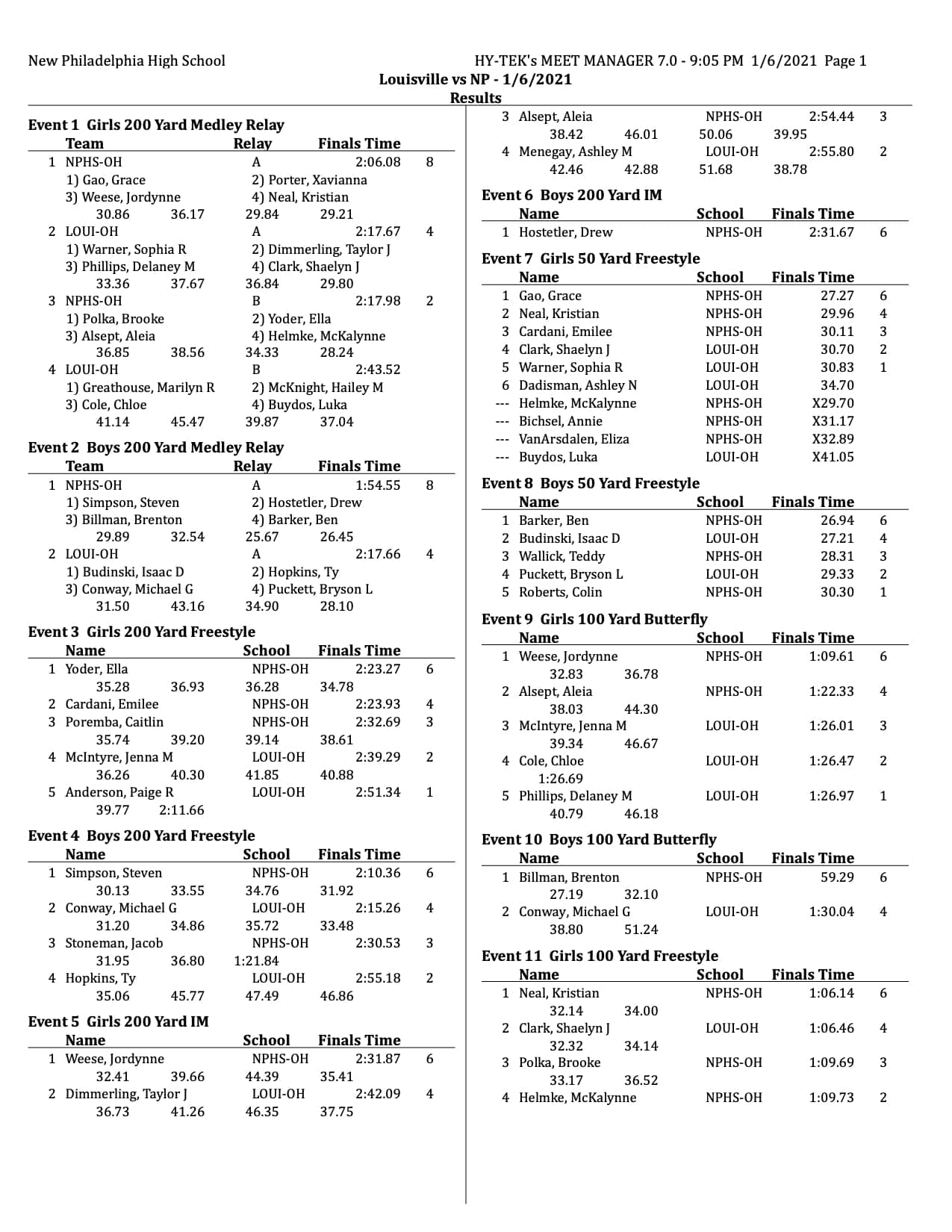 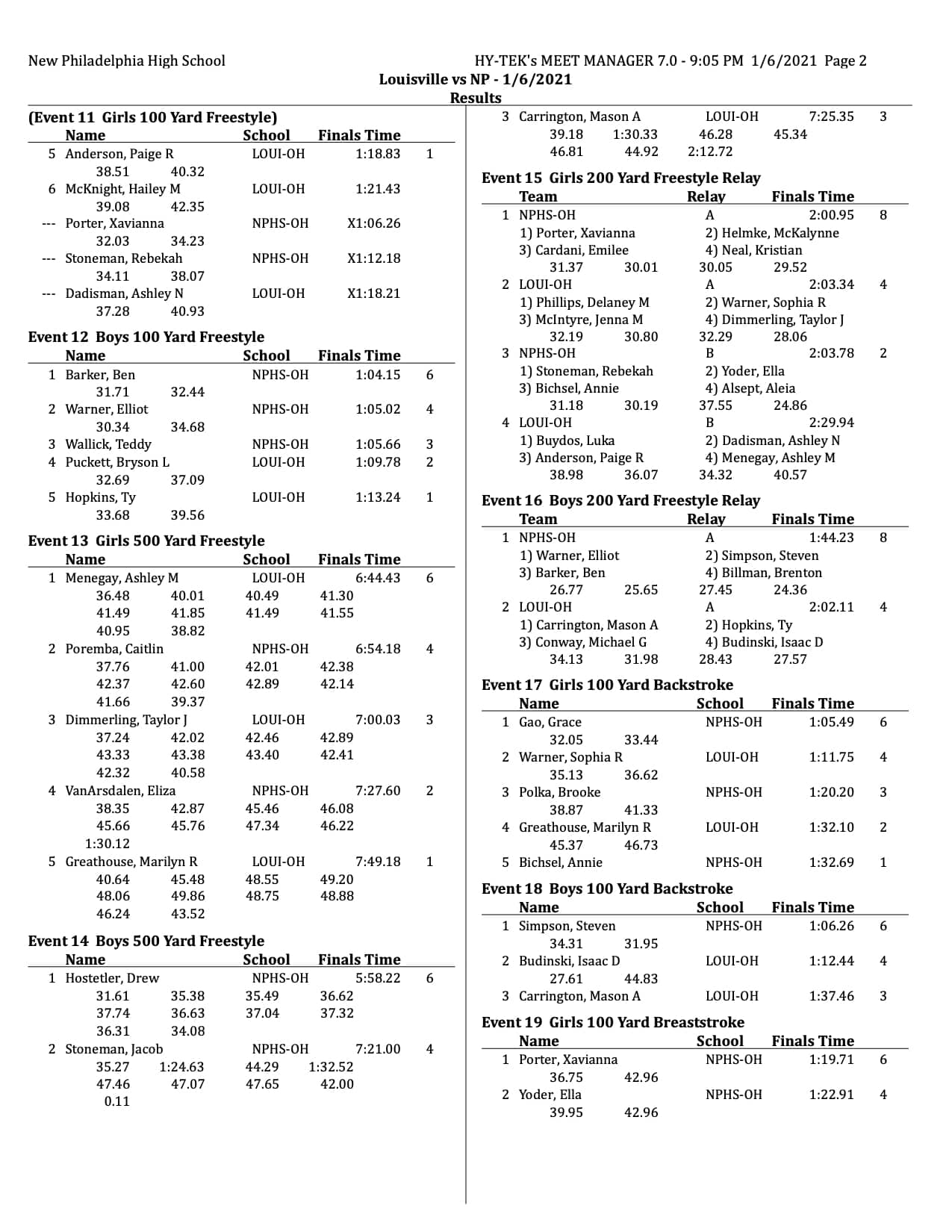 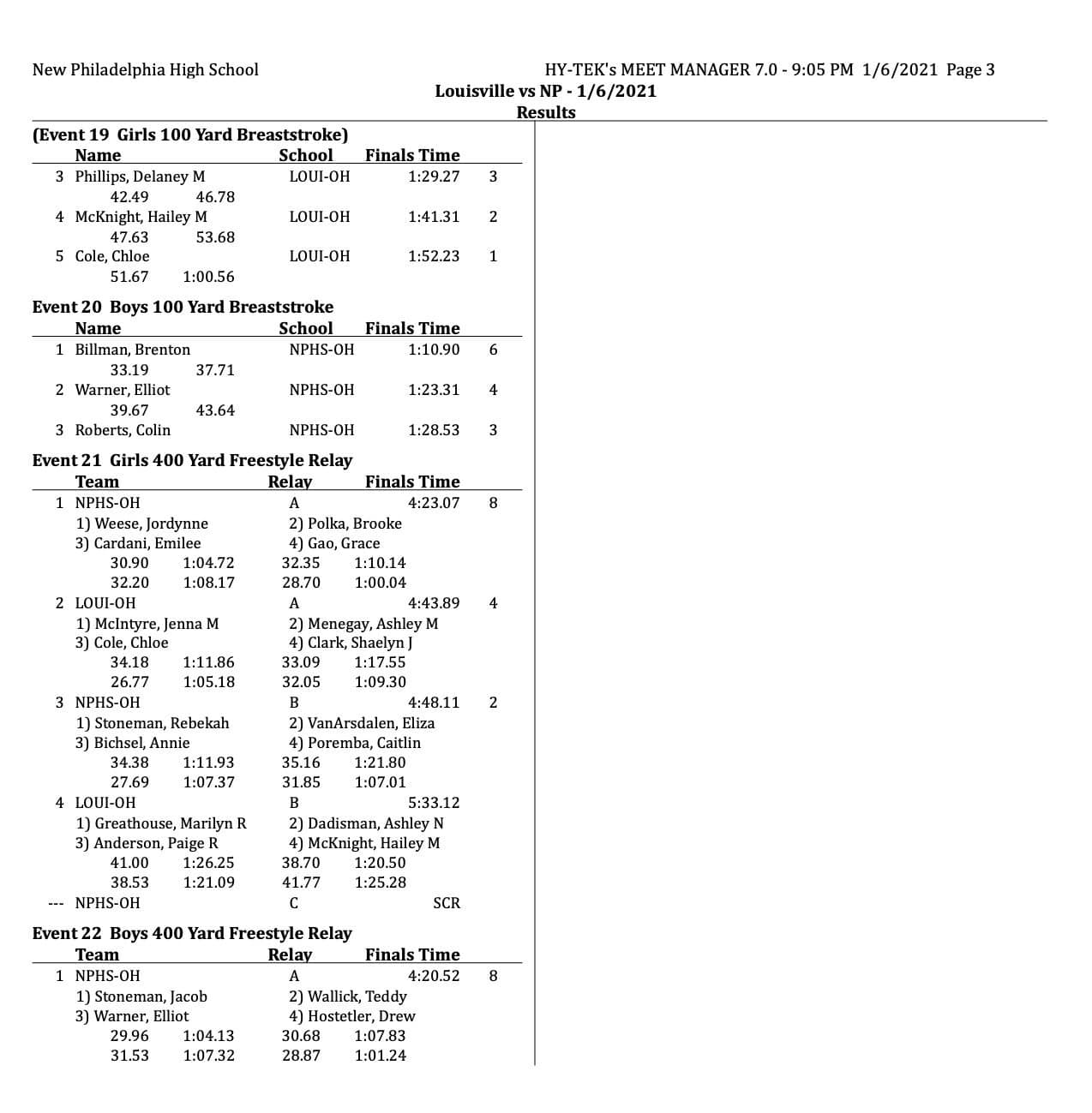