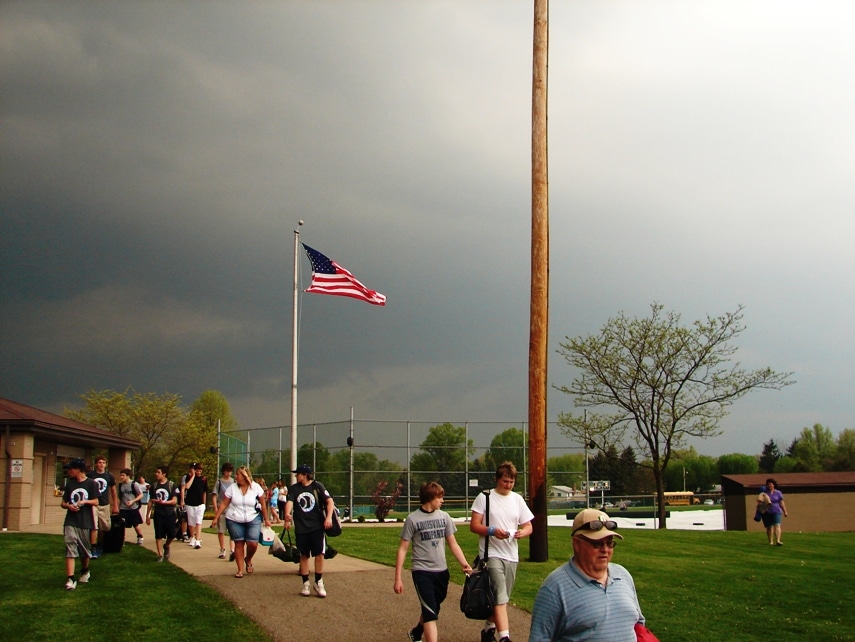 The bases were loaded with two outs, Louisville and Northwest were in a 4-4 tie, then mother nature took its tool.  Waiting on deck was Desi Givens, the last hitter you want to let have a half hour to think about an at-bat.  With one quick swing Givens doubled the Leopards’ score with a Grand Slam en route to a 10-4 victory over Northwest Thursday evening.

Chandler Rice cracked her sixth home run of the year with a three-run blast in the third inning to put Louisville up 4-1. The home run gave the Lady Leopards 20 home runs for the season, a Stark County record.  Givens’ shot made it 21 with her eighth fence-clearer of the year, and it also  marked the fourth time this season that both Rice and Givens have homered in the same contest.  The Lady Leps are now just three dingers short of tying the Division I mark set by Hudson in 2009.  Givens also led the team with five RBIs.

Brittany Flanigan picked up the win to move to 15-1 on the season.  She also had two hits at the plate and scored three Leopards’ runs.  The win also gives the Lady Leopards their 22nd victory of the season, a school record.  Last year’s team held the previous mark with a record of 21-6.

NEXT UP: The Lady Leps will host the winner of the Canton Timken vs. Canton McKinley game on Saturday, May 14 at 12:00 PM.

Two pitches was all the Louisville Leopards and Coventry Comets could get in Thursday evening at Louisville High School.  After tarping the field and about an hour and a half delay the game was called as a grey southwestern sky quickly turned black and full of blue streaks of lightning.  The game will be resumed today (Friday, May 13) at 4:30 PM.