The top 8 teams qualified for the championship round. The Marion Harding Presidents rolled 3582 in the qualifying round to take the #1 seed, but were defeated by the Ashland Arrows in the semifinals. Ashland would finish as state runner-up after falling to the Kettering Fairmont Firebirds in the championship finals. The state championship was the first in the history of the Firebirds bowling program.

On March 7, the Stark County Bowling Conference announced that they will not hold an end of the year banquet. They will announce winners and do a presentation on April 10th at 1pm. Because of this we will hold our banquet in late April or early May. We would like to congratulate the recipients of 1st team, 2nd team, and honorable mention for the Stark County Federal League. 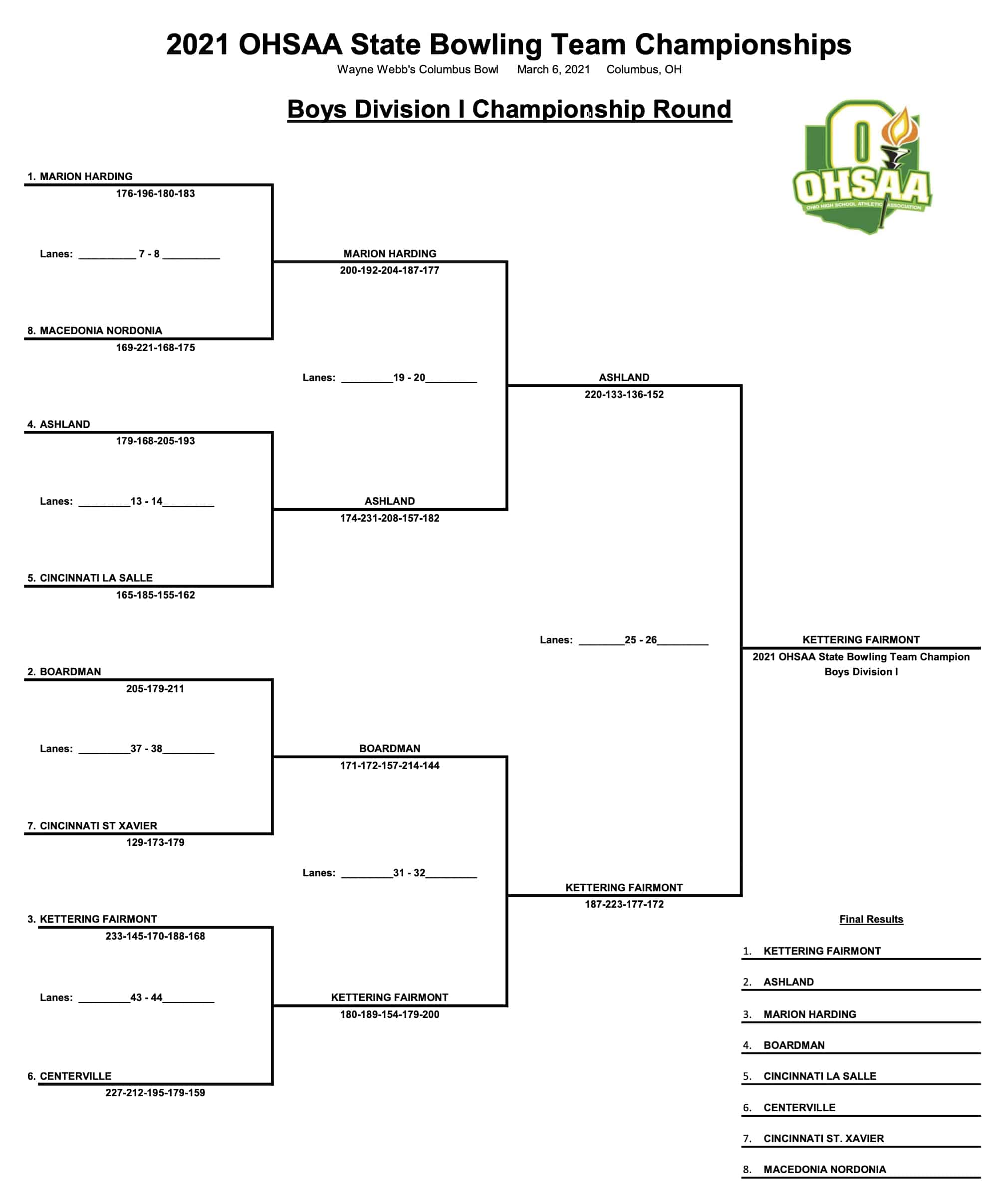