Where were you on November 6, 2010? Well, if you weren’t at Scioto D0wns Race Track in Columbus then you missed the Louisville Leopards claim their first ever team state title in school history. 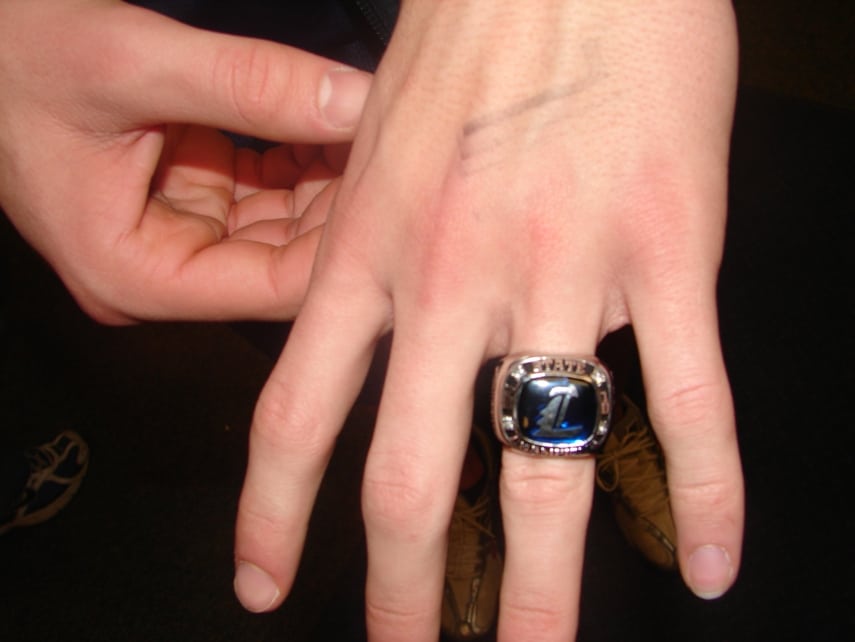 Hanle led Louisville with a 15:33.6 fourth place finish, crossing the finish line about 14 seconds off the first place runner.  A big reason Louisville captured the title was the running of Stamp who grabbed 31st place with his best time ever.  His 16:03.7 finish was 22 seconds faster than his previous best.

After minutes of suspense the announcement of the Louisville Leopards being State Champions stunned the Scioto Downs crowd.  Louisville finished ahead of Medina by a single point and had the fastest total team time in the state by .4 seconds.  Not to shabby for a team that missed the Division I cutoff by just eight boys.

Also impressive, the Girls Cross Country Team finished 3rd in the State in Division I, there best ever finish.

The boys team was honored with rings during the final home boys basketball game of the season.  The boys bringing home the state championship hardware for the first time in the history of Louisville High School is well-deserving of the #1 memory of the 2010-11 Leopards Sports Year.

Here’s a look back at the 2010 Cross Country Season: