The Louisville Leopards Girls Golf Team won the Tri-County Postseason Tournament for the first time in team history Thursday at Zoar Golf Club. The Lady Leopards tied an 18-hole team record with a score of 327 to take first place out of 14 competing teams.

Leading Louisville to its record setting day was Alexis Ralston who shot a team best 81. She had a pack of Leopards who finished right behind her in Katie Bice, Abby Davis, and Madison Gruber who also shot 82. All four LHS top scores earned 1st Team Tournament honors.

Rounding out Louisville’s starting six were Erin Strouse who shot 83 and Maddy Fowler who finished 86. Both Strouse and Fowler finished with 2nd Team Tournament honors. Two LHS individuals also competed in the tournament in Lauren L’Amoreaux who carded a 102 and Alexa Wasosky who tallied 109.

The Lady Leopards previous best finish at the Tri-County Postseason Tournament was third place, which they accomplished three other times. Louisville beat out the second place Marlington Dukes who scored 333 for the day. 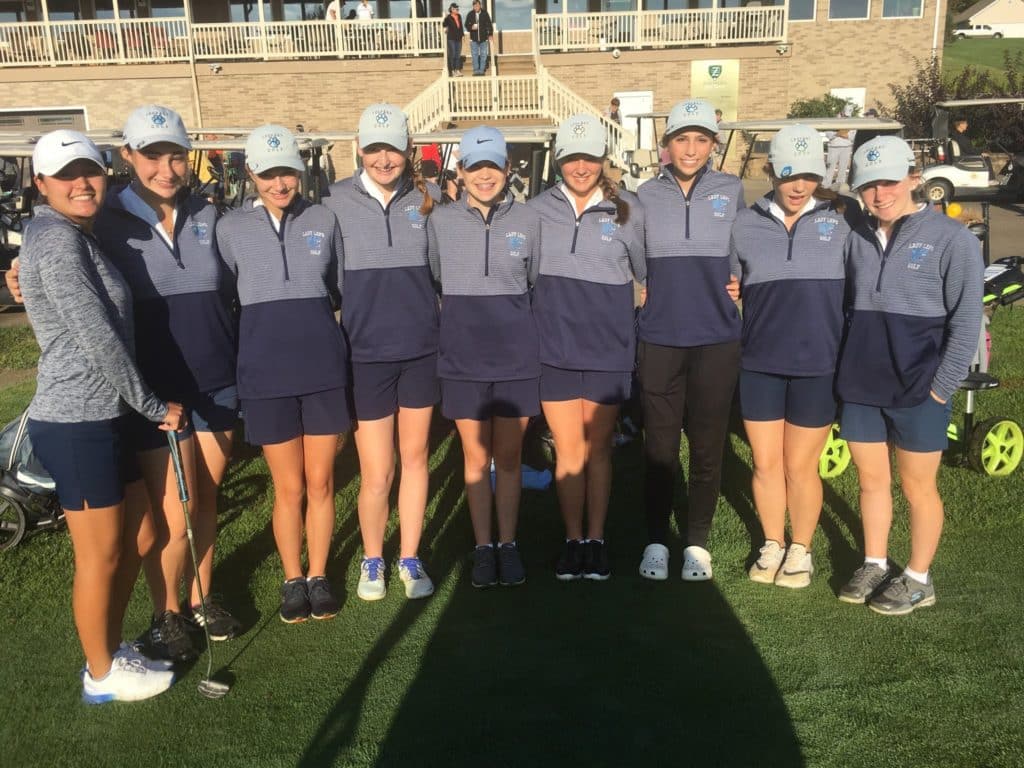 UP NEXT: The Lady Leopards will conclude the regular season with a tri-match at Marlington with John Marshall on Thursday, September 26. Match is set to begin at 3:45 PM from Tannenhauf Golf Club