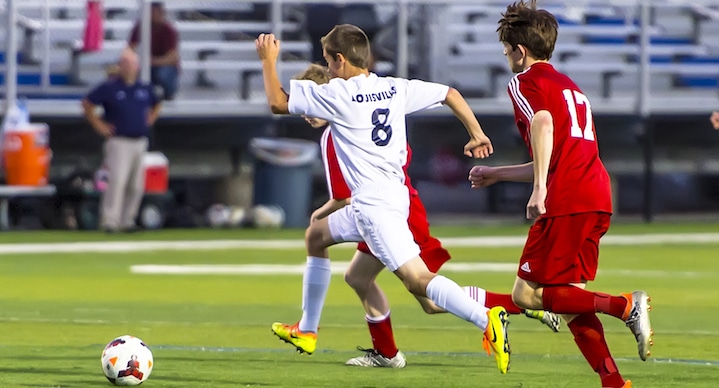 The Louisville Leopards Boys Soccer Team fell to the host Alliance Aviators 3-2 Thursday Night at Rockhill Field. With the loss, Louisville falls to 1-6 on the year.

The Leopards snagged the early lead when Kael Mickley found the net via an assist by Riley Adams. The goal was Mickley’s second in as many games.

The Aviators answered when Gus Jackson headed in a goal with 4:10 remaining to go before halftime. The two teams went into the break knotted at 1-1.

Louisville claimed their second lead of the game out of the half when Riley Adams scored a goal off an assist from Blake Varner. The goal was Adams team leading 5th of the season which have all come in the last three games.

Alliance rallied for a pair of goals in the final 22 minutes to take the contest. Lawyer Penird tied the game at 2-2 with a goal in the 68th minute. Nick Deack converted a PK with 12 minutes left in the game to give AHS the lead for good.

The loss snaps the Leopards 5 game winning streak against the Aviators. Louisville now trails the all-time series 7-11-1 which includes a 3-6-1 mark in games played at Alliance.

UP NEXT: The Leopards will next host the Coventry Comets on Saturday, September 14 at 7:00 PM.