LHS Speech and Debate Starts Off the 2019-2020 Season Strong

With a new group of promising novice, the 2019-20 Speech and Debate squad shows talent across almost every category of competition.

On November 2nd, the team headed to Perry for their first varsity tournament. Robert Duncan had a winning record of 3-2 in Lincoln Douglas debate and in Humorous Interpretation, Gavin Millard placed 6th overall earning his first bid to the state tournament!

Louisville Finishes In Top 10 at Revere

Next was Copley on November 16th where Louisville Speech and Debate made a huge feat coming at 7th place for the large school sweepstakes amongst very tough completion from much larger schools. Gavin Millard placed 2nd in Humorous Interpretation earning his 3rd state bid. Also in Humorous Interpretation, Nadia Keyes placed 8th and Tayleigh Folden placed 8th in Declamation. In debate, Emma Patterson placed 6th in Congressional Debate and Robert Duncan placed 10th in Lincoln Douglas. Jessie Stewart and the duo of Maggie and Megan Begue also received top ranks in their rounds.

Congratulations to all and good luck to the Speech and Debate team in the tournaments to come!!!

UP NEXT: The Leopards Speech & Debate Team will next compete at Wadsworth on December 6-7. 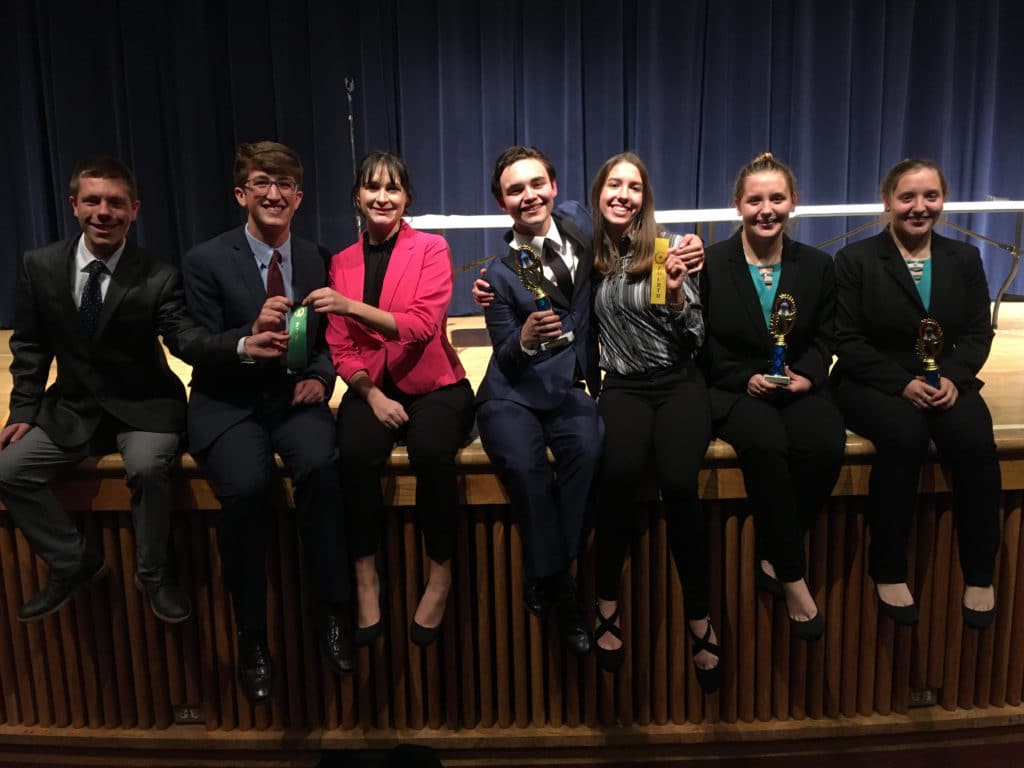