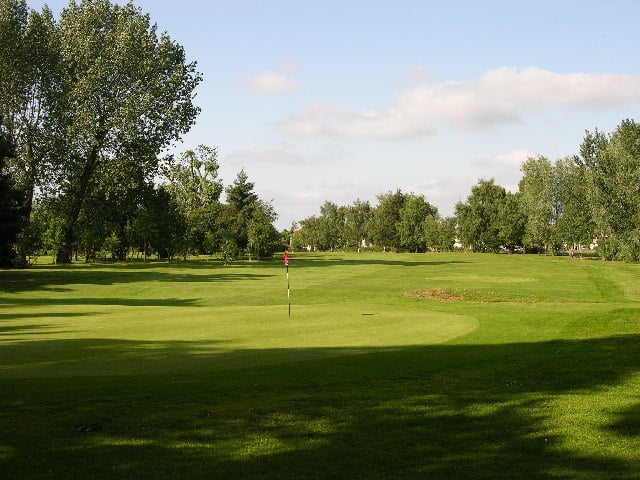 After splitting the season series last year, the Lady Leopards took control of the NBC with an opening day 210-213 victory against the Salem Lady Quakers last Friday.  Adrienne Metzger shot a 48 in the contest to help give the Leopards the advantage.  Michaela Lee (53) Katie Warga (54), & Myka Russell (55) rounded out the rest of the scoring for the Leopards.

Last year the league was decided between the Leopards and Quakers at the NBC tournament. Both teams held a 6-2 regular season record, but it was Louisville that took the tournament & the league with a 392 score to Salem’s 397 score.  Their victory last Friday at Salem puts them in the driver’s seat for another conference title run.

The Lady Leopards picked up their first loss of the season when they hosted a very good Green team on Tuesday.  The Bulldogs defeated the Leopards 179-215.  Adrienne Metzger shot a team best 50, while every one of Green’s top four players scored under the half-century mark.

At Pleasantview, Louisville took 10th place out of 14 teams in the Tri-County Preseason Tournament.  Louisville’s Katie Warga shot an 87 which was good enough for fourth place overall individually.  She also received a medal and was named to the tournament’s first team.

Dover won the tournament with a team score of 345, while Claymont took second with a score of 367.

UP NEXT: The Lady Leps will next travel to Minerva to take on the Lady Lions on Thursday, August 16 at 1:00 PM.

NOTE: I work a day job and will likely not be able to make it to most golf matches.  Feel free to text me any scores/results from the matches 330-577-3229 and if you take pictures I’d love to use them as the cover photos for these posts or just put them up in general.  Any help here would be great for both the boys/girls teams.  Feel free to contact me at louisvilleleopards.org@gmail.com and  Go Leopards!