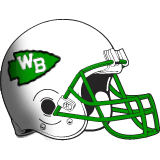 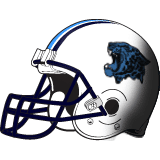 SPREAD: Louisville By 18 (According to Drew Pasteur’s Fantastic 50)

LAST MEETING: The Leopards defeated the Warriors 34-20 at Clinton Heacock Stadium back on October 9, 2015.

LAST MEETING AT LOUISVILLE: The Leopards won 51-0 over the Warriors at Louisville Leopards Stadium back on October 4, 2014 for their 600th win in team history.

LAST WARRIORS WIN: The Warriors last defeated the Leopards 21-17 at Louisville Leopards Stadium back on October 12, 2012. 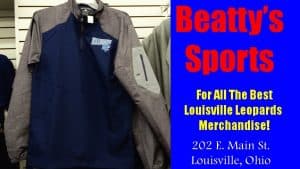 season, while allowing 266 yards (141 passing, 125 rushing) and 15 points per contest. Louisville’s struggles have come in the turnover department as they have surrendered 12 (3 fumbles lost, 9 interceptions), while taking away 10 (4 fumbles lost, 6 interceptions).

Despite the loss last week at Marlington, the Leopards had a breakout game on the ground. Runningback Gavin VanZant (62 carries, 322 yards, 5 touchdowns) ran for 151 yards & touchdowns last week as Louisville pounded out 7.1 yards per carry against the Dukes. Quarterback Brody Hahn (80 carries, 373 yards, 3 touchdowns) is no stranger in the running game as he leads the team in rushing yards. The Leopards will look to continue this success on the ground against a Warriors defense that has allowed 210 rushing yards per game this season. 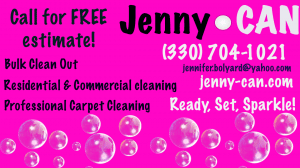 The Warriors have averaged 359 yards (225 passing, 134 rushing) and 28 points per game, while allowing 321 yards (112 passing, 210 rushing) and 21 points per contest. West Branch is currently +3 in turnover margin taking the ball away 8 times (5 interceptions, 3 fumble recoveries), while giving the ball up 5 times (4 interceptions, 1 fumble lost).

West Branch gave Louisville all they could take last year in Beloit and several players have returned for the 2016 campaign. Quarterback TJ DeShields (117 of 180 for 1336 yards, 9 touchdowns, 3 interceptions) is one of those plays as is his top target Brett Butcher (54 catches, 635 yards, 6 touchdowns). Butcher also leads the defense with 3 interceptions at defensive back this season.

Runningback Rob Lozier (74 carries, 548 yards, 8 touchdowns) is the team’s leader in both rushing yards and touchdowns. Kyle Linhart (15 catches, 172 yards) has also made an impact in the passing game.

On special teams, DeShields is also the punter and has averaged 33 yards on 14 boots.