Louisville City School District is pleased to welcome Troy Davis. He will be recommended as the new head football coach at a special Board of Education meeting on Monday, December 23, 2019 at 7:00 am.

Troy Davis is not a new name to Louisville. He has been the Technology Integration Specialist for Louisville City Schools for ten years, and was a teacher in the district prior to that for twelve years. His football experience is just as extensive. Troy played football for Louisville High School, Malone College, and Gannon University. He has 24 years of coaching experience including being a position coach for safeties, linebackers, defensive backs, defensive linemen and offensive linemen. Recently, he was the defensive coordinator and assistant football coach at Louisville High School and worked as an assistant coach at Mount Union with Vince Kehres this past season.

“We are excited for the future of our football program with Coach Davis as our leader. He brings a wealth of football knowledge and Louisville tradition with him.” said Louisville Athletic Director, Terrie Horn. “Many of our players are familiar with Coach Davis since he was on the coaching staff two years ago and coached our current sophomores and juniors. We look forward to a smooth transition as Troy uses his passion to continue the excellence and legacy of Louisville football that is so well known throughout Stark County.”

When asked why he wants to be the next head football coach of the Louisville Leopards, Davis stated, “It is my hope to build the student-athletes of Louisville High School into young adults, ready to excel in all they do.”

Ms. Shaffer, superintendent said, “Finding a candidate who truly understands the rich traditions of Louisville football was a strong factor considered when searching for our new head coach. Troy has been a part of the football program since his youth and truly understands what it means to be a leopard.”

With a heart for coaching, and a deep passion for the Louisville community and football program, we welcome Mr. Troy Davis as Louisville High School’s new head football coach. 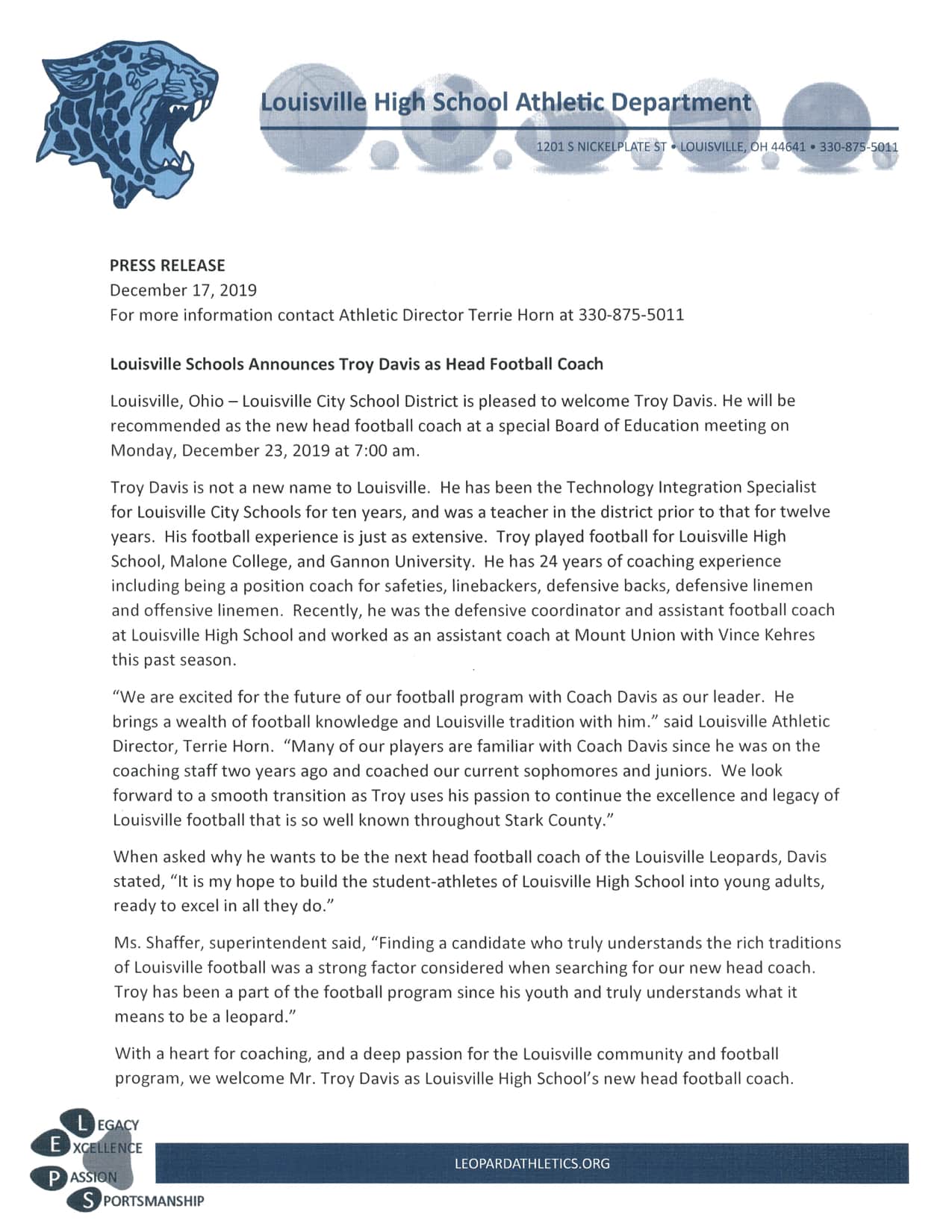