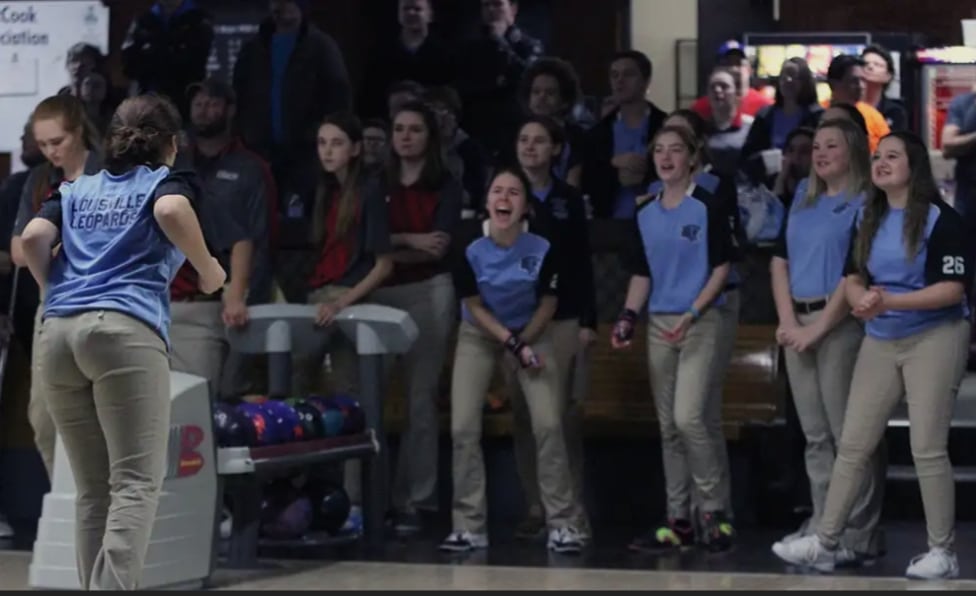 The Louisville Leopards Varsity Bowling Teams swept the host Garaway Pirates at Wabash Lanes on Thursday, January 3. The Boys defeated the Pirates 2348-2080 to improve to 3-9 on the year. The Girls were victorious over Garaway 2149-1962 to up their record to 4-8 for the season.

The Leopards were led by Nicholas Phillips who bowled a 433 series with a team high 258 pins in his first round. Chase Barstow also rolled a 410 series with 226 in his second round and Kyle Mayle bowled a 319 series.

Louisville swept Garaway for the season as they also defeated them 2076-1735 in their second match of the year back on November 21.

The Lady Leopards were led by Chloe Sprout and Carleen Fouts. Sprout was consistent scoring 197 in both rounds to finish with a team leading total of 394 pins for the evening. Fouts scored a team-high 224 in her second round to finish with a 389 series. Dani Carden also finished with a 283 pin total in two rounds.

“The determination and energetic attitude this young team is showing presents a lot of promise for the future of Louisville Bowling!” said Head Coach Courtney Stallman in a recap of the match. Her team improved by 451 pins since the first time they matched up against the Pirates in a 1960-1698 loss back on November 21

UP NEXT: The Leopards will next host the Claymont Mustangs on Monday, January 21. Action is set to begin at 4:00 PM at Eastbury Bowling Center.

Photo Take by and Courtesy of Head Coach Courtney Stallman