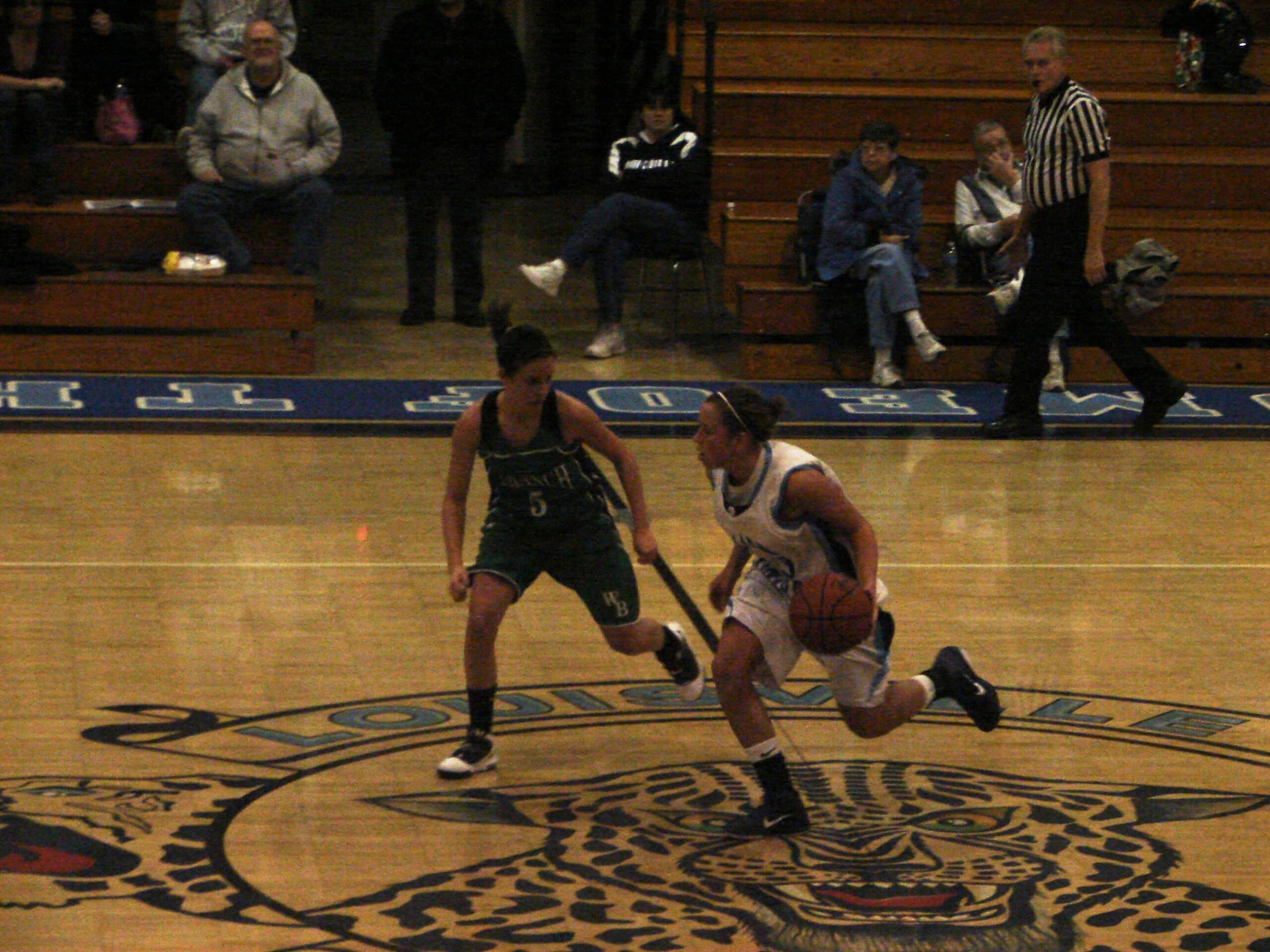 This is the Full Court Press Game of the Week first in-depth analysis. As I mentioned in my previous article, this is easily, the game of the week.  Louisville comes into this game undefeated at 13-0, and West Branch is on a seven game winning streak. West Branch’s last loss was on December 15th, 2010, at Louisville. That game was back and forth, but Louisville pulled away in the 2nd and 3rd quarters to make it a catch-up game for the Warriors. Andrea Wingett and Amanda Linhart had double digit points for the Warriors. Brianna Libertore, Mackenzie Storlie, Molly Brown, and Clara Lemmon had double digit points for Lady Leps. Here is the complete article from the first game, and a highlight film from the first game as well.

This is one of the keys to the game. I believe that if your point guard and post player(mostly the fifth position, known as Center) can be efficient in same game, that opens up the play for your wing players. That is the key with both of these teams since they have so many similarities. The point guard that can win the defensive battle of the two point guards, distribute the ball, and control the tempo to their team, will lead their way towards a victory.

Andrea Wingett squaring up to the basket against Carollton (picture taken by Tom Hahn).

Last time these two met, they both played outstanding for their respective schools. Whoever can get the most rebounds for their team, will help their team towards getting a possible victory for their school. Both can shoot the jumpers, so this will be another matchup that will extremely impact the game for both teams.

Knowing what to expect from the point guards and post players, it is important that the wing players get involved in the game in as many ways as possible. Assists, Points, Rebounds, Charges, and many more. There are a lot of players that can change a game that puts their team in a position to win. It would not surprise me if that’s either one of these players. Alyssa Jones has been impressive lately.  She scored the first 12 points for Louisville against Northwest, and was big for them in their 46-40 win over Canton Central Catholic last week. This is going to be an interesting matchup as well.

Alyssa Jones watches on against Marlington. (Photo By - Natalie Scarnecchia)

Unfortunately, usually when you have great teams and players matchup, usually one of the key players in the starting lineup gets in foul trouble, or not as effective as needed. That is why a deep bench is important. Freshman Amanda Linhart came up big for West Branch in the game at Louisville earlier in the season. Clara Lemmon came up big for Lady Leps in that game. Taylor Metzgar, Linhart, Brittany Bryte, Hannah Griffith, and Nikki Carlton are a few names on West Branch bench that needs an impact to win this game. For Louisville, Desi Givens, Lemmon, Amber Minster, Angela Risaliti  and Jordan Monnot are a few key players for Louisville’s bench to suceed saturday afternoon in Beloit.

It should be a great game tommorow. I hope everyone had a great Friday night, and hopefully will have a great day of high school girl’s basketball tommorow!!!!!!!!!!

That 15th Run would have tied North Canton Hoover for the most runs scored in a DI State Tournament Game. The Vikings trounced Mentor 15-3 in the 2013 DI State Semifinal. I'm only a tad bitter though... 23 hours ago

1 Year Ago: Recapping the Top of the 10th (No Video/Audio) - Lauren Bennett Draws the greatest walk off all-time with the bases loaded bringing home Kaylee Nolte! - Lexi Zavarelle makes it 15-10 by clearly beating out an infield single, but the ump misses the call. 3 Outs Away 23 hours ago

1 Year Ago Now: Recapping the Top of the 10th (No Video/Audio) - Lakota East in a perplexing move intentionally walks Alex Fankhauser to load the bases (no base was open). - Justina Sirohman makes them pay for it with a single up the middle scoring courtesy runner Ashley Zifer! 23 hours ago