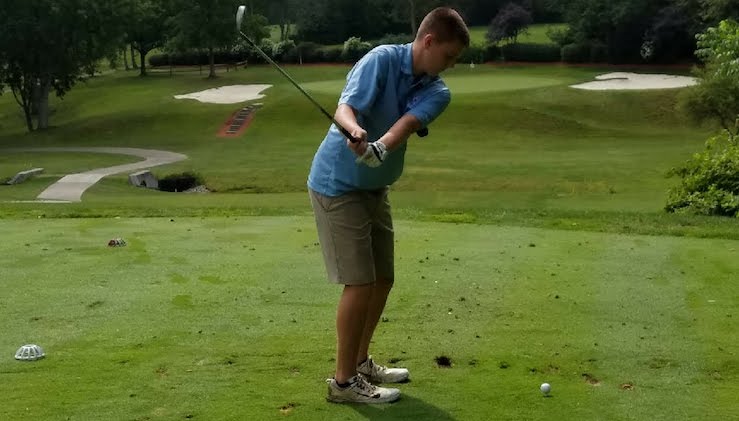 Louisville was led by Junior Caleb Prasco who finished with a tournament low 80 tying him for medalist with Carrollton’s Justin Shaw. Rounding out the scoring for the Leopards were Junior Connor Wendt and Sophomore Justin Shafter who carded 91 each, and Senior Jacob Godwin who tallied a 98. Six of the 7 teams competing in the invitational were NBC schools with East Palestine being the lone outsider. The West Branch Warriors won the tournament after a 6th card tie-breaker with the Minerva Lions. The Carrollton Warriors also came in third only a stroke behind the Warriors and Lions.

UP NEXT: The Leopards JV will next compete at the Blue Streak Invitational at Sable Creek on Tuesday,  August 8 beginning at 8:00 AM. Varsity will be back in action on Thursday, August 10 at Noon when they travel to West Branch to take on the Warriors at Flying Bee Golf Club.

BEATTY’S SPORTS SCOREBOARD | GIRLS VARSITY BASKETBALL: Perry 77 Louisville 68 Lady Leps Now 0-1 The Panthers score 11 unanswered to close the contest while blanking the Leopards from the floor in the final 3:04. 1 hour ago

BEATTY’S SPORTS SCOREBOARD | GIRLS VARSITY BASKETBALL: Perry 73 Louisville 68 0:58.6 left in 4th Perry hits a two and then the Leps are called for traveling. Panthers ball out of the timeout. 1 hour ago

BEATTY’S SPORTS SCOREBOARD | GIRLS VARSITY BASKETBALL: Perry 71 Louisville 68 1:25 left in 4th Panthers sink a pair from the line, Leps turn it over on the other end... 1 hour ago