Back on January 18 the Louisville Leopards Boys and Girls Swim teams not only won but dominated the first ever NBC Championship Swim Meet. While several NBC schools competed in the Meet, it was up to Louisville and Alliance to decide the champion. The Leopards Boys scored 162 to Alliance’s 126, while the Lady Leopards completely dominated by scoring 187 to the Lady Aviators second-place 62.

The Lady Leopards took first place in every event save one during their dominated performance in the pool.  Allison Richmond recorded the highest time for all swimmers (both 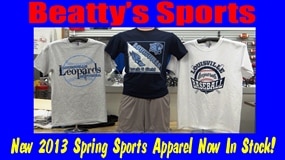 While Swimming is not an official NBC sport yet, the creation and participation in this meet is a giant step in the direction of making it one. As the sport gains more and more popularity in the NBC, I believe that in the near future you will see Louisville hoist several NBC trophies for the sport of Swimming!

The Boys squad went on to finish the season 8-5 and the Girls ended their season 10-3 in dual meet action.